The reigning world champion was Marquez's closest challenger in the first practice session, finishing 0.255 seconds behind the Honda rider.

Lorenzo was atop the times fleetingly in the first half of the afternoon running with a lap of 2m04.966s, but barely improved on that afterwards.

He ultimately finished in fifth place, 0.867s down on Marquez.

The Yamaha rider suffered an engine problem on his first bike and struggled on his second, and believes his true pace is much closer to that set by Marquez.

"In general the feeling is much better than over other years here," Lorenzo, who has recorded just one podium finish in three visits to Circuit of the Americas, said.

"For some reason we had some problems with the first bike and couldn't take full advantage of the first session and show the maximum potential that we have right now, which I think is half a second faster than our laptime today."

Team-mate Valentino Rossi was one spot behind Lorenzo in the order in sixth, despite failing to improve late in the session when he had started laps with faster first and second sectors.

Like Lorenzo, he is relatively unfazed by Marquez's advantage on the timesheets.

"The second session was not so bad," Rossi said.

"I was quite fast from the beginning and we tried something on the bike in the last run, but unfortunately I made two mistakes and I was not able to do a good lap.

"If I hadn't made the mistakes, I would have been able to stay closer to the front.

"I had quite a good potential because I'm quite fast everywhere, but unfortunately we suffer a little bit too much in braking so we need to work to try to improve this part, because it's very easy to make mistakes." 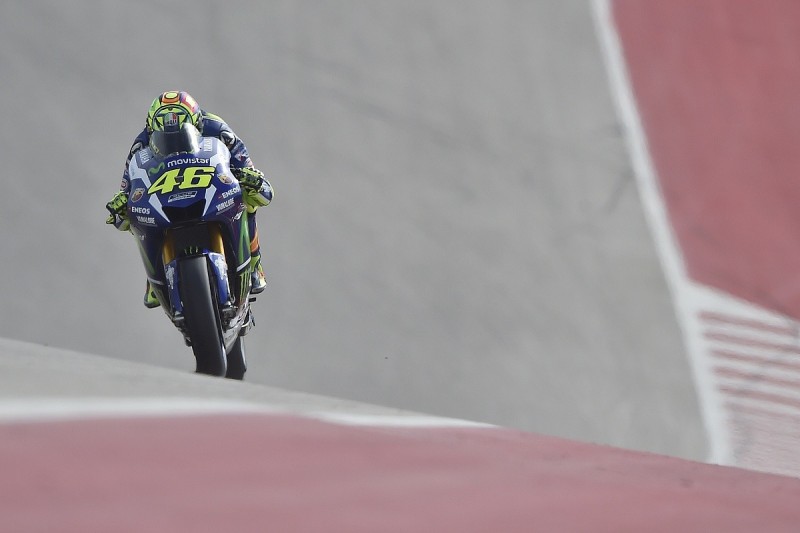