It was revealed last month at Silverstone that the Petronas-backed SIC outfit, which replaces the Angel Nieto team on the premier class grid next year, will be given one Yamaha M1 similar in specification to the factory bikes for Marc VDS Honda convert Franco Morbidelli.

His team-mate and Moto2 graduate Fabio Quartararo will campaign a Valencia 2018-spec 'B-spec' machine for his first season in MotoGP.

The 'A-spec' bike marks a departure from Yamaha's previous strategy with current satellite team Tech3, which had used year-old bikes handed down from the works squad.

But Jarvis believes the new approach will assist Yamaha, which has not won a MotoGP race in over a year, in its battle with Honda and Ducati.

"I think it's related primarily to SIC's desire," said Jarvis at Silverstone when asked by Autosport about 'A-spec' bike approach. 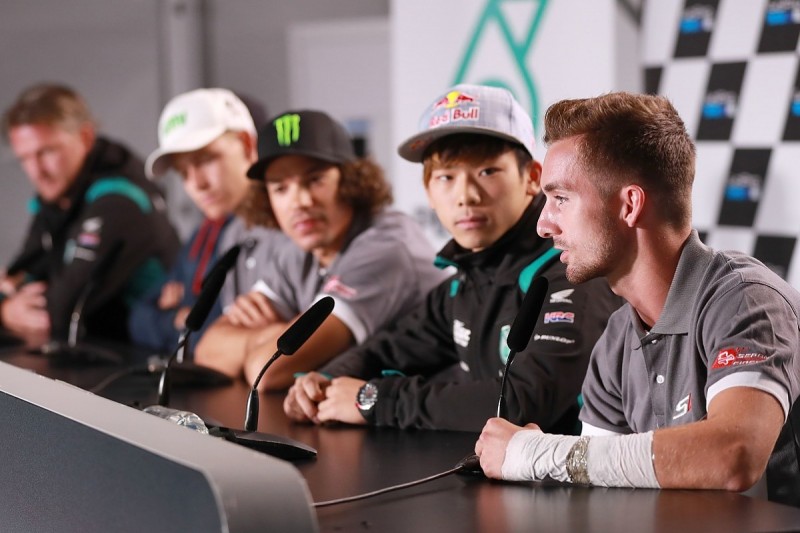 "They want to run at the front as early as possible, they want to make results. It's a significant investment by SIC, the Malaysian government, by Petronas.

"It's primarily led by them, supported by us, because if they have the desire to do that, then we have three, let's say, high-level bikes on the grid which will help us in terms of data and trying new things.

"I think Franky [Morbidelli], being a [VR46] Academy rider, training and living close to Valentino [Rossi], there are some synergies there that will surely help him to be able to discuss together with Valentino.

"For me it's a win-win for everybody."

SIC will be able to draw on the experience of Jorge Lorenzo's former team manager Wilco Zeelenberg in his new role as team manager of the project, as well as Maverick Vinales's current crew chief Ramon Forcada, who will engineer Morbidelli in 2019.

But Jarvis emphasised that "it will take time" for the new outfit to get up to speed in MotoGP.

"Their first challenge is going to be Valencia [post-season testing]," he said.

"Within 24 hours of the last race, this team, which doesn't exist today, has to exist and to run two guys that have never ridden a Yamaha, from scratch. Frankly, that's a big ask.

"There's no doubt they'll come across things, even if you have experienced people. You have maybe two guys that have the experience, but for all the other guys it's all brand new and they're going to come across new problems, new issues.

"We need to take the pressure off the team and we need to give them the time they need to get up to speed."