Yamaha is under investigation for allegedly running illegal MotoGP engines during the Spanish Grand Prix weekend at Jerez, Autosport understands ahead of the European GP

Yamaha's early season was overshadowed by reliability issues with its engines, after Valentino Rossi and Petronas SRT's Franco Morbidelli were forced out of the Spanish and Andalusian GPs due to broken motors.

The analysis carried out at the time attributed the problems to a faulty batch of valves from a secondary supplier.

Due to the engine freezing rules, Yamaha could not unseal its engines to fully rectify this - though did request on safety grounds to do this to the Manufacturers' Association, but withdrew the request soon after.

Since Jerez, it is understood Yamaha riders have been running with their engines slightly turned down to avoid any repeat issues.

Not all engines in each of Rossi, Morbidelli, Maverick Vinales and Fabio Quartararo's allocation featured the offending valves.

Now Yamaha is being investigated for running an engine with valves not in the sample engine submitted to MotoGP technical direction for homologation pre-season. 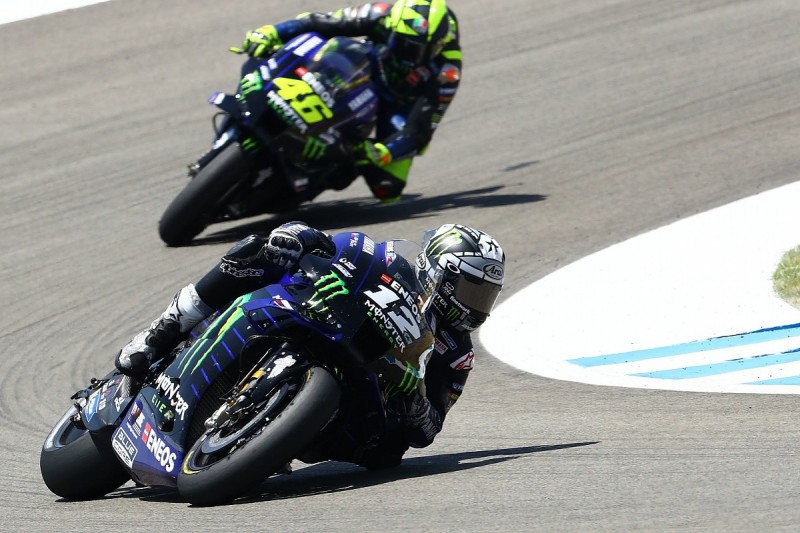 Yamaha removed its request to the MSMA after the other marque's asked for documentation from the valve supplier confirming a manufacturing error.

A sanction could have massive repercussions on Yamaha's championship hopes, with Quartararo, Vinales and Morbidelli all currently within 25 points of standings leader Joan Mir on the Suzuki with three rounds to go.

Quartararo won the opening two Jerez rounds, with Vinales trailing him in both, with Quartararo, Vinales and Morbidelli winning four more races between them - making Yamaha the most successful manufacturer this season.

All Yamaha riders have unsealed their five allocated engines this season, though Vinales appears to be struggling the most having put the most mileage on his fourth and fifth engines.

Should he be forced to unseal a sixth engine in the final three races, Vinales will be forced to start from pitlane.

News of this investigation compounds what has been a tough period for Yamaha, with Rossi currently sidelined due to COVID-19 and unlikely to race in this weekend's European Grand Prix.

He is set to be replaced by Yamaha World Superbike rider Garrett Gerloff.