He regrouped in Qatar last Sunday, though, opening his account with a third-place finish behind Vinales and Ducati's Andrea Dovizioso from 10th on the grid.

Rossi credited set-up changes made during practice on Friday with turning the situation around, and Galbusera believes they put the 38-year-old in good stead for the season ahead.

"There's no point in denying it, the day before [the race] we were worried," Galbusera told Gazzetto dello Sport.

"Instead, I left refreshed after this first race.

"All the distance [to the leaders] from the tests is gone. At the end we were missing more or less a tenth, not a second.

"This is the normal situation, not what we saw in the previous days.

"We weren't starting in the dark, because we knew we had got better, but we didn't know how much.

"At the end we were nervous, because we didn't expect the tyres to last." 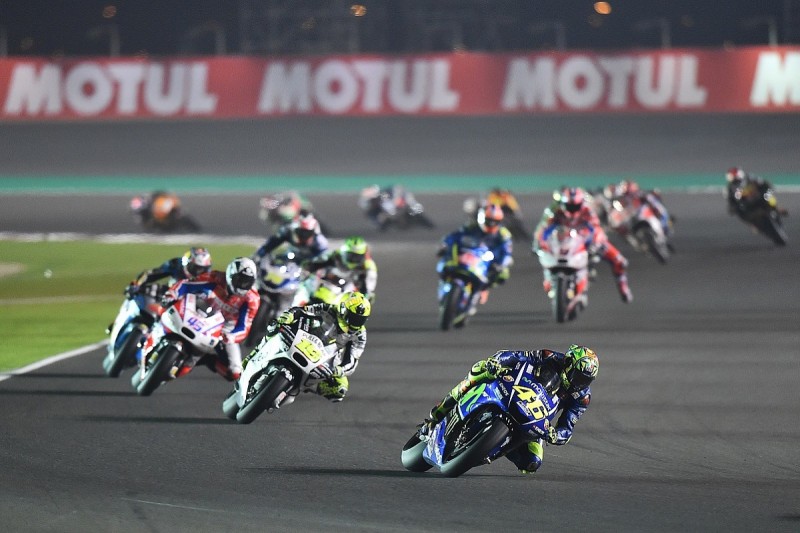 Rossi's struggles were partly down to his lack of feeling on Michelin's front 2017 tyre, which has a softer casing compared to last year's rubber, which he felt had been costing him feeling and time on corner entry.

Galbusera admits Rossi was still having to manage that during the final part of the race, but believes harder rubber expected for the coming races should make his life easier.

"The front tyre for Valentino is too soft and moved a lot," said Galbusera.

"Especially at the end he had to ride carefully, as if he was on eggshells.

"In Argentina, [Michelin] should bring a more rigid tyre, so I expect the tyre to work better, and also at Austin.

"We are curious to see what happens in the next races."

2018 MotoGP calendar set to include Thailand round