Although his team-mate Maverick Vinales was quickest on the opening day of this week's Qatar test, which Rossi dubbed a "good day", the Yamaha factory duo slumped to seventh and 11th respectively on Friday.

Rossi has continued to complain about poor acceleration and tyre usage with the 2018 Yamaha M1.

Asked to compare the current bike to its troubled predecessor, Rossi replied: "I think more or less we are on the same level.

"I feel good with the chassis, because the bike turns better than last year.

"But for me we have to work a lot on the electronics, because on acceleration we suffer.

"It's difficult, especially with the used tyre, the exit from the corner. Looks like the other manufacturers are better in this point of view."

Rossi said his 11th position was down to him not doing a fast lap late in the session due to a "problem with the front tyre".

He summarised his situation as "quite behind", but added "the pace is not so bad, average". 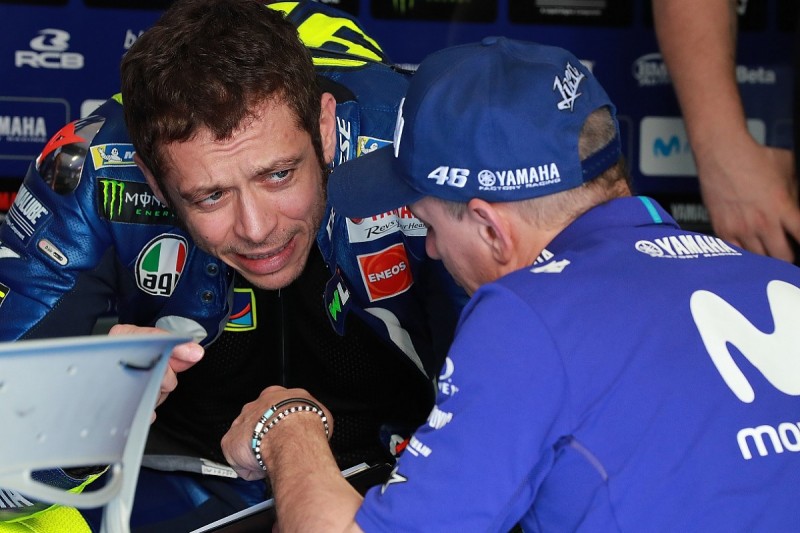 On Thursday, Rossi dropped his biggest hint yet regarding the extension of his Yamaha deal, saying he will not enter his VR46 team in MotoGP until 2021 as he will "likely still be racing".

When asked on Friday whether he already signed a new contract, Rossi said negotiations were still ongoing.

"We're still speaking, but I think yes [I will continue]," he said.