Arriving from Suzuki to replace the Ducati-bound Jorge Lorenzo, Vinales topped both days of running in Spain, in the official post-race test.

He finished 0.020 seconds clear of Rossi on Tuesday, with Marc Marquez his closest challenger on Wednesday, 0.196s adrift.

Vinales' 1m29.975s set on Wednesday was only the third MotoGP lap of Valencia below the 1m30s barrier, following Lorenzo and Marquez's qualifying laps last Saturday.

"He was quite impressive already from yesterday and today even more so," Rossi said on Wednesday evening.

"So it was a great debut for him."

Yamaha has not yet given Vinales a platform to discuss his test in public or with media.

While Vinales spent the test on Yamaha's 2016 bike, Rossi tried a '17 frame and a new engine over the two days.

Having crashed the new bike on Tuesday, Rossi was still not sold on the gains from the upgraded engine, which he also ran in the 2016 chassis. 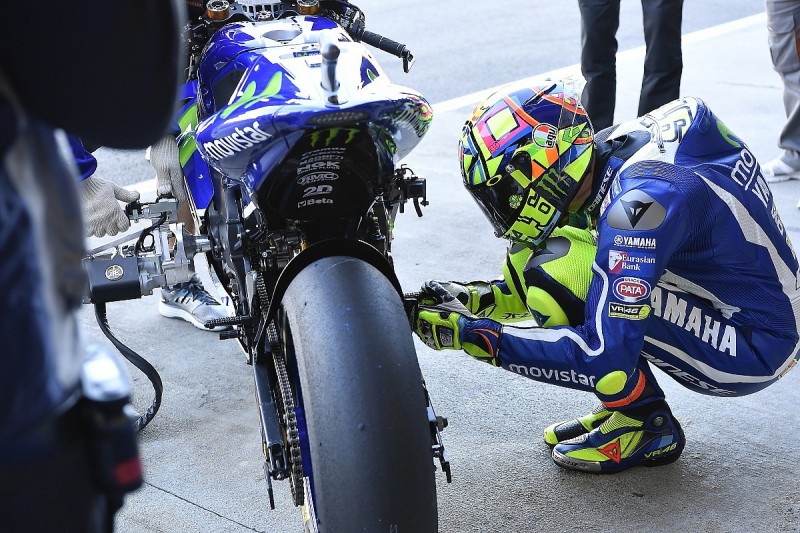 Yamaha will head to Sepang next week for a final test before the winter ban starts, as most other manufacturers lap at Jerez.

"The first impression is not a huge improvement, we need to work and we will try also next week."

Vinales was always Yamaha's number one target to replace Lorenzo, and the 21-year-old's pace and feedback impressed the team from the outset.

"Just like we expected, he has taken to the bike very well," Yamaha racing director Massimo Meregalli said.

"Maverick's initial nerves have gone now and he is already very strong.

"It's amazing to see him drop a 1m29s lap so shortly after his transition.

"We are also very impressed with how accurate his feedback is with so few kilometres under his belt on this bike."