Valentino Rossi 'lucky' not to miss any MotoGP races with injury

Rossi, 38, suffered mild chest and abdominal trauma in a motocross crash last week and had to spend a night in hospital.

The Yamaha rider remained in "severe pain" after being discharged but has now been cleared to compete in this weekend's Italian Grand Prix.

Recalling the crash when talking to the media at Mugello, Rossi said: "I was in Cavallara, that is one of my favourite tracks, I was there a lot of times.

"Unfortunately, in the landing of a jump, I landed one metre out of the track, [the ground] was soft, was not prepared.

"So when I land, the bike stopped and I take the handlebar [to the chest] and also a big hit to the ground."

Rossi says he was lucky to avoid sustaining the kind of injury that would've ruled him out from this weekend's Mugello race, as well as the Catalan Grand Prix a week after.

"I feel lucky, because, sincerely, with that crash [it's] very easy to break something and to stay at home for two races, the two most important races of the season.

"So really for me it's great to be here."

Rossi added he was initially "negative" about his prospects of competing at Mugello. 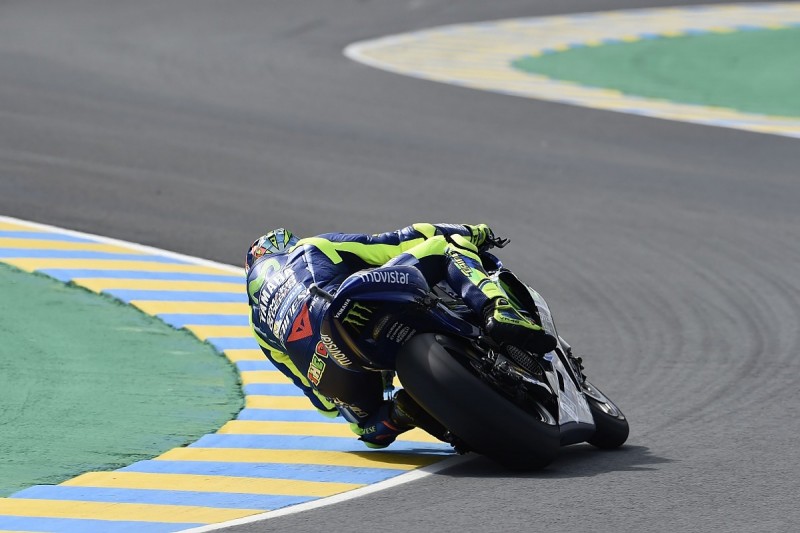 "I stay one night in the hospital because it was difficult to breathe but also, when I come home, I have two or three days that were very painful," he said.

"I was quite negative about [taking part in] the race. But from two days ago the situation improved a lot, especially I start to breathe in a better way."

The seven-time premier class champion admits he is not at 100% but says he is positive about his prospects for the weekend, as he felt "not so bad" when he tried riding his scooter and sport bike at home.

However, Rossi is unsure of how he will cope with certain aspects of riding a MotoGP bike.

He added: "For riding the motorcycle, two things I think: my movement on the seat, [because] changes of direction here in Mugello are quite severe, and when you push hard, you need to breathe longer and I still have some pain.

"This is the part where I need to understand if I can recover enough."

Rossi says that he plans to approach the weekend as normal, but that he will need to understand whether he'll have to limit his mileage to save energy for the race.

Valentino Rossi declared fit to race in MotoGP Mugello round