Valentino Rossi was impressed by Yamaha's new MotoGP chassis and swingarm during the post-Czech Grand Prix test at Brno, and is now keen to try them in a race weekend

The Italian has favoured an M1 based on his 2015 Yamaha so far this year, including over a new frame trialled in the Barcelona test in June.

However in a truncated session at Brno on Monday, Rossi tried components including a new chassis and swingarm and was buoyed by the updates.

"At the beginning of the day it was very difficult, because the track was dry but very dirty," he said.

"The lap times were also quite slow but after, when some other riders also entered the track, it started to clean the circuit and at the end it was a very good test day for me personally.

"We tried different things, especially different chassis and swingarms and I like them.

"Now we have to speak and understand when we can start the use [them], but in general it has been a positive test."

"We had two new front tyres from Michelin, but unfortunately these are for next year," he added.

"These tyres are very good, I like them and I improved my lap time and also the feeling.

"After that we worked a bit on the software and made a small improvement, but at the end it was OK." 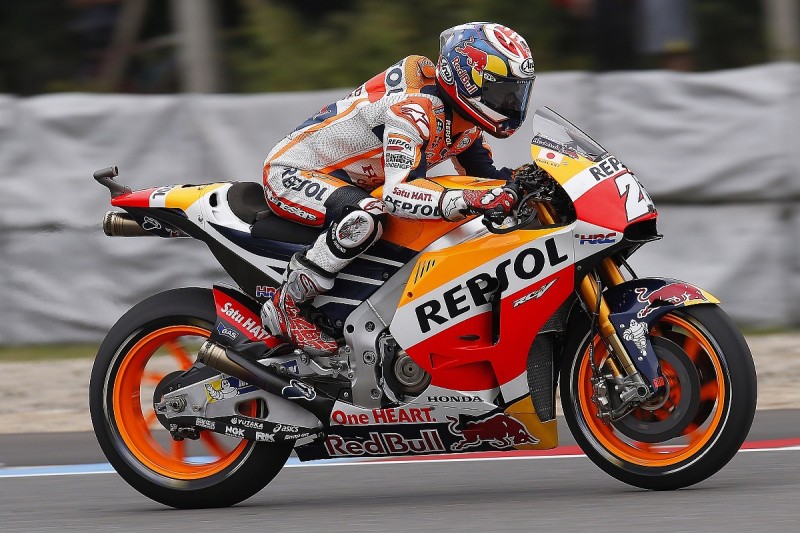 Championship leader Marc Marquez was third-fastest for Honda in the test, his running focused on its ongoing Achilles' heel, acceleration out of slow corners.

Marquez reported making progress on used tyres during the Czech GP weekend with some aid from winglets, to help keep the front wheel planted, while electronics remains a work in progress.

"We focused our work on trying to understand why the bike is lifting into a wheelie coming out of the corners," he said.

"And we gathered some positive data and some less positive, as often happens in these cases.

"We found out quite a lot of things about the set-up, trying to absorb some of the wheelie and improve our acceleration.

"We also had a new swingarm, which may have potential at some circuits, so we'll keep it ready but for now we'll continue with the one we've used so far this season."