Rossi was behind new team-mate Maverick Vinales all winter, struggling primarily with the front end of the 2017 M1 and the revised Michelin tyres on corner entry.

He was only ninth fastest in first practice on Thursday, and then sixth and 13th in Friday's two sessions.

That put Rossi 10th in the combined practice order, which became the starting grid after Saturday's running was washed out.

However he fared much better in the race to finish third, joining Vinales on the podium after running behind him for most of the 20 laps.

"Starting the season with a podium is always great, better than last year," Rossi said.

"Arriving from a difficult period, like me with really bad winter tests, from November in Valencia when I tried the new bike I never felt good.

"I have to say a great thank you to Yamaha and all my team because in all this period I always felt a great support and trust in me. The situation was quite critical.

"Something changed from Thursday to Friday, because on Thursday we still had the same problem I had during all the tests and it was very frustrating. 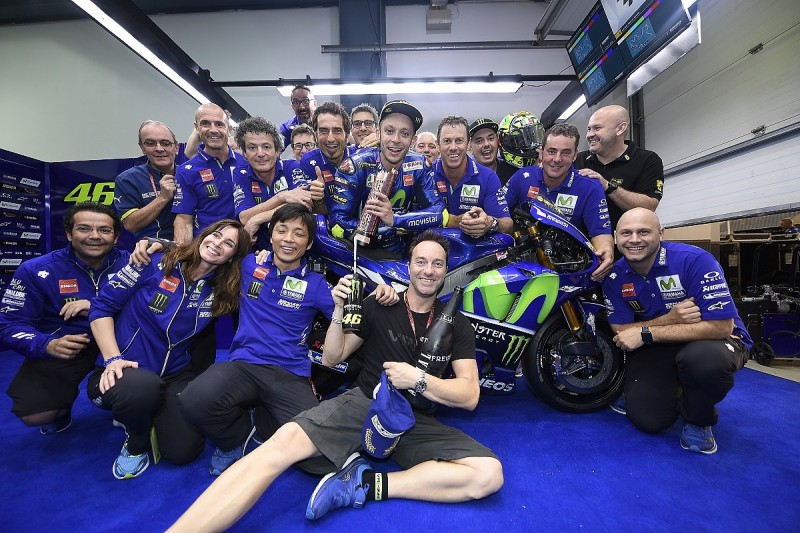 "But Friday was better. I continued to go quite slowly, but I started to improve.

"From that moment I was quite optimistic about finishing in the first five.

"On Saturday we did nothing and the [Sunday race] warm-up was very difficult, I suffered very much in the high temperature.

"These conditions for the race were better for me. We changed the bike another time for the race and I felt good.

"I saw Maverick for all of the race. That never happened in all the tests."

Rossi opted not to class the change as a breakthrough that will transform his season, but hopes the knowledge gained with the 2017 Yamaha will mean "we can work in a better way".

The 38-year-old also admitted going racing rather than testing helped.

"We'll try to struggle a little bit less," he said.

"Every track is different but I always understand more during the races. The tests are a lot different.

"Also, seriously, I'm quite old so when you don't have the motivation and the right pressure of the race, it becomes more difficult.

"I think this weekend was important."