MotoGP boss Carmelo Ezpeleta says Valentino Rossi's team is guaranteed an entry if it decides to join the premier class, irrespective of the current limit on the grid's size

Rossi's VR46 outfit entered Moto3 in 2014 and has added a Moto2 programme this year, fielding youngsters from the Italian's Rider Academy.

The MotoGP grid is currently capped at 24 entries - with the 24th, to move up from the current 23, reserved for LCR to return to running two bikes - while the existing satellite outfits have the sole right to those non-factory slots until 2021.

It has been suggested that VR46 moving up to MotoGP after Rossi retires would be the best way to keep him involved in the championship and Ezpeleta says a way would be found to make that happen, if the seven-time champion wants it.

"What we want is for Valentino to remain an active part of the championship," Ezpeleta told Autosport.

"We will not grant any more licences in MotoGP, apart from if Valentino asks us.

"If he wants a team in MotoGP, he will have it.

"I'm sure if we ask the other teams, they would all want us to offer that possibility [to Rossi]."

The 38-year-old is in the first season of his latest two-year Yamaha contract, and is keeping the door ajar to racing beyond the end of 2018.

Ezpeleta says that, like Rossi's decision on when to retire if he maintains the form that has him leading the 2017 championship, the ball will be in his court.

"The only thing that has to happen is that he wants to, the same as the current situation," he added.

"Why does he keep racing? Because he likes it and has a good time." 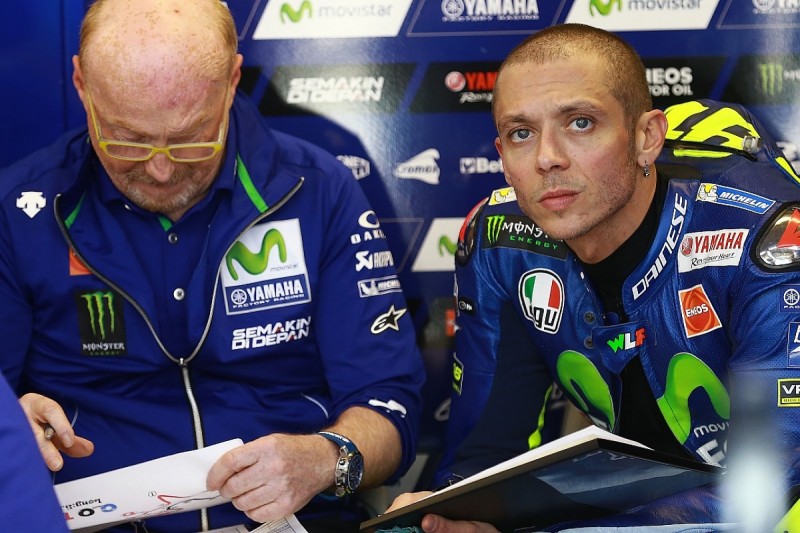 Cal Crutchlow 'sure' Honda wants to keep him for 2018