Joan Mir admits he has "more to lose" as the MotoGP championship leader, but considers this "normal" ahead of Sunday's European Grand Prix

The Suzuki rider leads the standings by 14 points with three rounds left to run in 2020, starting with the first of two Valencia races on Sunday.

Mir qualified fifth in the damp conditions in Q2 on Saturday, while it was a tough session for many of his fellow title contenders.

Sunday's race is a voyage into the unknown for the field owing to the lack of dry running this weekend, and Mir admits he has more to lose than the rest - but insists it's "important" not to approach the grand prix fully focused on being the championship leader.

PLUS: Why Mir shouldn't obsess over winning in his hunt for the MotoGP title

"I think I'm the one [who] has more to lose because I'm the leader and this is normal," said Mir, who is yet to win a MotoGP race.

"But I think you have to know how to be a leader and how to be in this position. It's something important to don't think about so much.

"In two races this can change a lot, maybe I'm not even in the top five [after two races].

"I have to continue being in a top level, in a really good shape and don't care about the others, just make my own season and then in the last race we will see where we are." 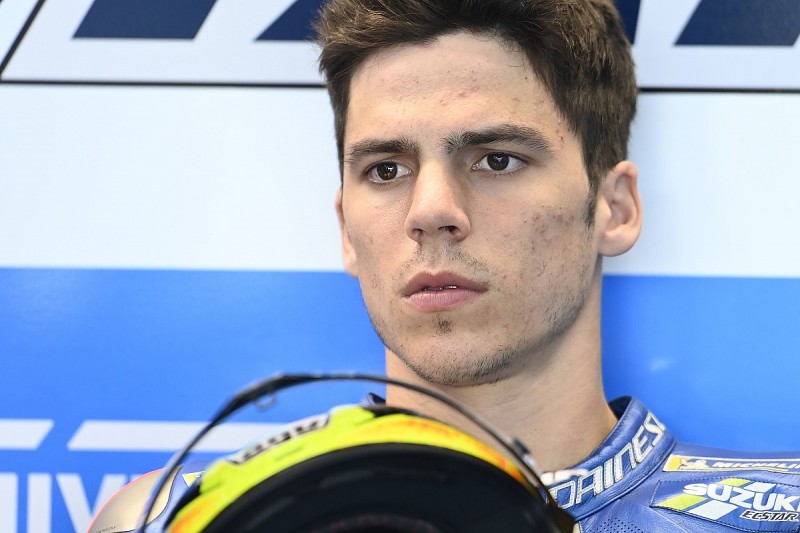 With the field set to get just 20 minutes of fully dry running on Sunday in warm-up ahead of the race, Mir says adapting to conditions is a strong point of his but concedes you have to be "a bit lucky" in hoping the base setting of the bike is suitable.

"But not only [does] the rider [have to be lucky], also the setting is a bit lucky because some tracks the bike is working straight away and you touch nothing.

"And in other tracks, you start struggling, you then have to put the bike in a good way for the race. This will be a little bit of a lottery.

"The other contenders start further back, which for sure is a positive thing.

"Some contenders can be with me on the podium, but not all of them and this is the main thing."

Despite the championship coming down to its crunch point, Mir admits he isn't feeling pressure and concedes losing the title will still be "good for me".

"Pressure is what people who cannot pay their rent feel," he said.