MotoGP operates a system of technical concessions to allow newer manufacturers to catch up to the established frontrunning teams.

Rules breaks include the right to carry out unlimited in-season testing and engine development.

Currently, only Aprilia and KTM are entitled to these, with Suzuki having lost its concessions last season as a result of Maverick Vinales' Silverstone victory and three other podium finishes.

But the rules state that a manufacturer that fails to score any concession points - which are awarded for top-three finishes - in a given season will regain any concessions it has previously lost. 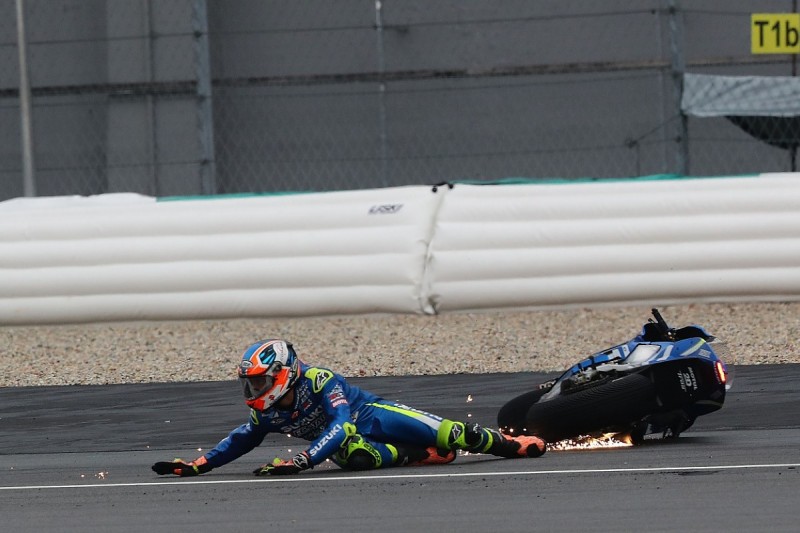 Neither Andrea Iannone nor Alex Rins have finished in the top three this year, and should they fail to do so at Valencia, Suzuki could be in line for a major performance boost next season by becoming the first team to be given back concessions since the system began.

Being able to change the engine specification mid-season would prevent a repeat of a troubled 2017 campaign that was badly compromised by Iannone's choice of configuration in pre-season testing.

Other benefits include being able to use more engines throughout the season (nine instead of seven) and being able to enter as many as six wildcard entries, double the allocation of the top teams.

Sylvain Guintoli, who turned down the chance to race full-time in World Superbike with the Puccetti Kawasaki team next year, could take advantage of this to make a number of MotoGP race appearances on a third GSX-RR next year alongside regular testing duties.