The entry list does not confirm any new riders, with all 24 seats having been already filled, but it does clarify the rider numbers and official entrant names that will be used next year.

The grid size increase from this year comes courtesy of an extra bike for the LCR squad, which for the last two seasons has run a sole Honda for Cal Crutchlow but has now added Nakagami to its line-up.

Nakagami and Crutchlow will ride with title sponsorship from Idemitsu and Castrol and respectively.

While Luthi, Morbidelli and Nakagami will all use their rider numbers from Moto2, Simeon will use #10, as his usual #19 is already in use by Aspar rider Alvaro Bautista.

Of this year's grid, Avintia Ducati pair Loris Baz and Hector Barbera and Aprilia's Sam Lowes are absent from the 2018 entry list.

Barbera and Lowes will both step down to Moto2, with the Pons and Interwetten squads respectively, while Baz returns to the World Superbike championship after signing a deal with Althea BMW.

A total of 10 nationalities are represented on the 2018 grid, an increase of three from this year.

In addition to MotoGP, the FIM has also issued the complete 2018 entry lists for support classes Moto2 and Moto3.

The Moto2 grid is made up of 33 bikes across six different manufacturers, with dominant brand Kalex joined by Suter, KTM, Tech3, Speed Up and newcomer NTS.

KTM, which has won the last two races with factory Ajo rider Miguel Oliveira, has upped its presence to six bikes next year, supplying Lowes' Interwetten team and the Kiefer Racing squad.

Lowes will be one of two British riders on the grid along with Speed Up rider Danny Kent. Tarran Mackenzie has lost his Kiefer Racing ride to 2012 Moto3 champion Sandro Cortese. 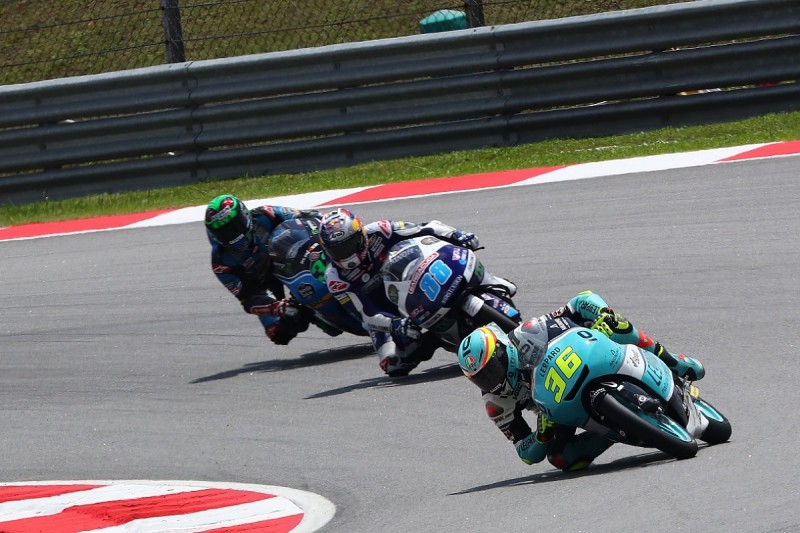 That leaves Jorge Martin, Fabio di Giannantonio, Enea Bastianini and Aron Canet as the leading Moto3 riders staying on for 2018.

John McPhee will again be the sole Brit on the grid, switching to the CIP KTM team after a year aboard a Honda run by the Dorna-backed British Talent Team.

The 28-strong Moto3 grid is split almost evenly between Honda and KTM, with Mahindra quitting the class to focus on Formula E.

Aprilia's Aleix Espargaro back for Valencia MotoGP after injury