Suzuki MotoGP boss Davide Brivio admits the marque has "already agreed on everything" for Alex Rins and Joan Mir to remain for 2021, though nothing has been formalised yet

Both Rins and Mir's contracts are up for renewal at the end of the year, though both have looked likely to stay put despite keen interest from Ducati in the latter.

In an exclusive interview with Autosport, Suzuki team boss Brivio says both riders "want to stay" and securing them is now just a matter of time.

"I think 50-60% of the important choices have already been made," Brivio said of the rider market.

"Yamaha has more or less closed its market and Honda has confirmed [Marc] Marquez.

"We have not yet formalised [the deals], because in this period everything is still a little stuck.

"But I think we have no problems with Rins and Mir: we want to keep them, they want to stay and we already agreed on everything.

"It's just a matter of signing the piece of paper as soon as possible.

"So I hope there will be no surprises."

Yamaha kicked the rider market into high gear at the start of the year when it announced it had re-signed Maverick Vinales for two more years, while securing Fabio Quartararo as his team-mate. 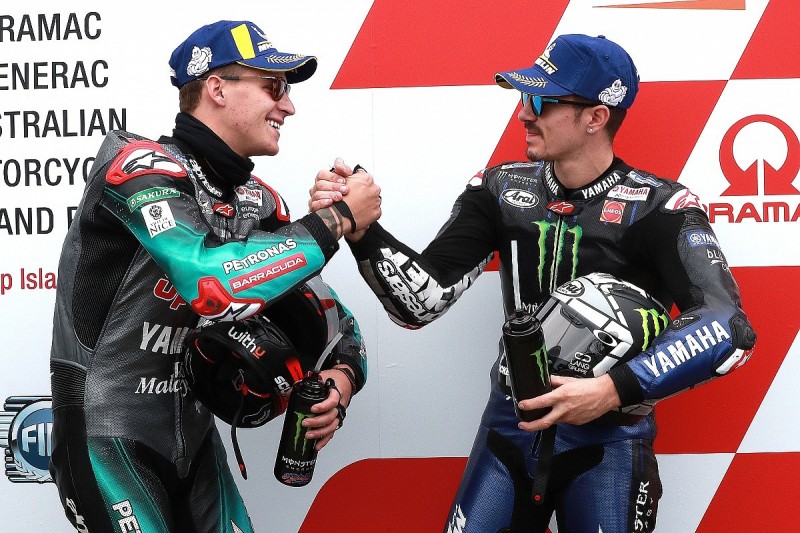 Honda stunned the paddock last month when it confirmed it had persuaded Marquez to commit to a new four-year deal.

This is a move Brivio is keen on, and hopes to be able to continue extending Suzuki's relationship with its current riders.

"We are doing everything to [make] the relationship with Alex continue for as long as possible, because he is repaying [our faith]," Brivio said of Rins, who gave Suzuki's its first brace of wins in a season last year for the first time since 2000.

"The first year [in '17] was very difficult for him, because he lost almost half a season due to an injury.

"Already in the second season there was a big step forward, [and] in his third season with us he won two races and finished fourth in the championship."

He added: "We started this path with Mir last year.

"We also aim to make at least four years with him, renewing his contract [through to '22].

"Then we hope that these can be our riders even longer, because they are two very talented guys who be in the top group, and having two in the team is very important."