Double world champion Casey Stoner says that he's “missed Valentino Rossi at the front” in MotoGP in recent years and feels the racing could have been “incredible” if he was.

Nine-time grand prix motorcycle world champion Rossi will call time on his illustrious 26-season career at the conclusion of next week’s Valencia finale, but is likely to end his final MotoGP season without a podium.

Rossi hasn’t won a grand prix since Assen in 2017 and his appearances on the rostrum have declined in recent years, with his last one coming at Jerez last year.

Currently he sits 21st in the 2021 standings having scored just 35 points, with a best finish of eighth in Austria in August.

Commenting on Rossi’s career during a special press conference on Friday at the Algarve Grand Prix, Stoner said: “Each to their own, if Valentino was still loving his racing then there’s no reason not to race.

“I myself wouldn’t be able to do it, because for me racing was winning. I still accepted the fact that I couldn’t win sometimes, but at the same time the reason I got up in the morning to go racing was to win.

“So, I really would struggle to not be running competitively at the front, and I’ve missed Valentino at the front.

“I think the last two, three years I would have loved to have seen him battling it out with the guys. The racing could have been incredible with that, like it was in the seasons before.” 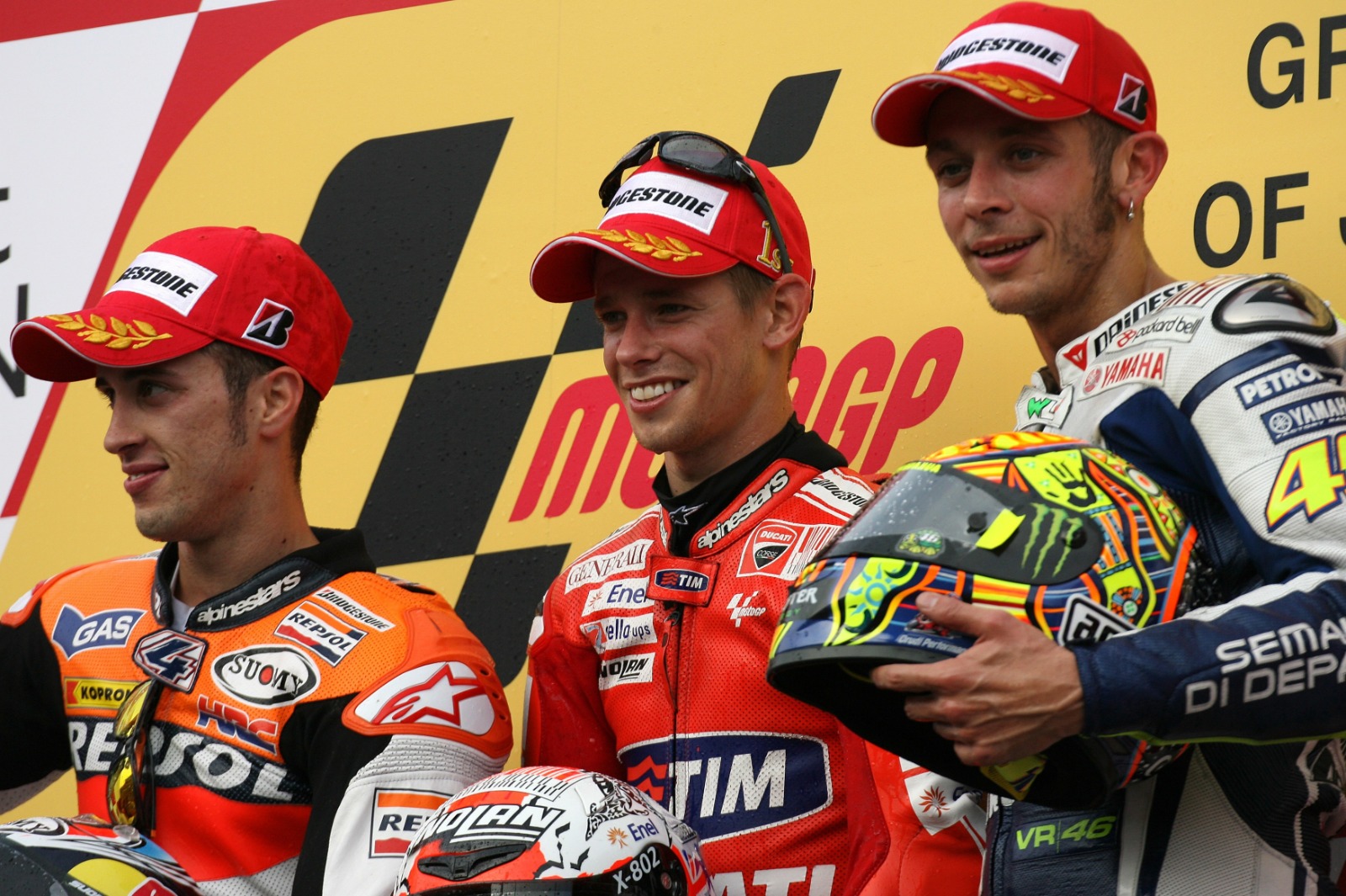 Stoner, Dovizioso and Rossi share the podium at the 2010 Japanese Grand Prix

Stoner and Rossi enjoyed a heated rivalry in the late 2000s, but the former reiterated the respect he had for the Italian and how beneficial that period was for his career.

“We’ve had some amazing battles - we had a fantastic rivalry, some good points and bad points,” Stoner added.

“Some things went my way, other things didn’t. But there’s one thing that was fantastic about racing Valentino was that I got to learn from him, whether it was on track or off the track with his media.

“He was always very savvy, very clever and very cunning.

“I got to learn a heck of a lot and I think also my achievements in my career were validated all the more having raced him in his era.

“I really appreciate the rivalries I had in my career, that’s for sure.”