The reigning world champion had a dramatic race, suffering a big front end slide at Turn 4 on lap five while leading the race ahead of Yamaha's Maverick Vinales.

The Honda rider somehow saved the moment and rejoined 16th, proceeding to get back into the top 10 by the end of lap nine.

Marquez's charge continued through to the closing stages, and by lap 22 he was threatening to pass Vinales for second.

But Marquez was flicked from his Honda through the Turn 3 left-hander, landing heavily, with the front tyre hitting his shoulder.

He needed to be fitted with a neck brace and put into the back of an ambulance.

MotoGP's doctor Angel Charte confirmed Marquez has suffered a fracture on his right arm and will be airlifted to hospital in Barcelona on Monday for surgery, which is set to occur on Tuesday.

Marquez may also have damaged the nerve.

"It was a high-energy fall, with chest trauma to the right side," Charte said.

"Right arm with pneumatic impact, third half of the humorous, although not fully displaced, with an immobilised lesion.

"He will be transferred to Barcelona for definitive treatment.

"He has a very close nerve in the fracture, it may not have happened, but it may have happened that it was touched and makes recovery difficult.

"Without a doubt, we will have to fix the fracture with a type of implant, but until we do more radiological tests we will not confirm the treatment.

"Marc is very sore, it is a strange and rare fracture, a blow from the tyre. We have had to sedate him, reduce the fracture and treat him for chest trauma." 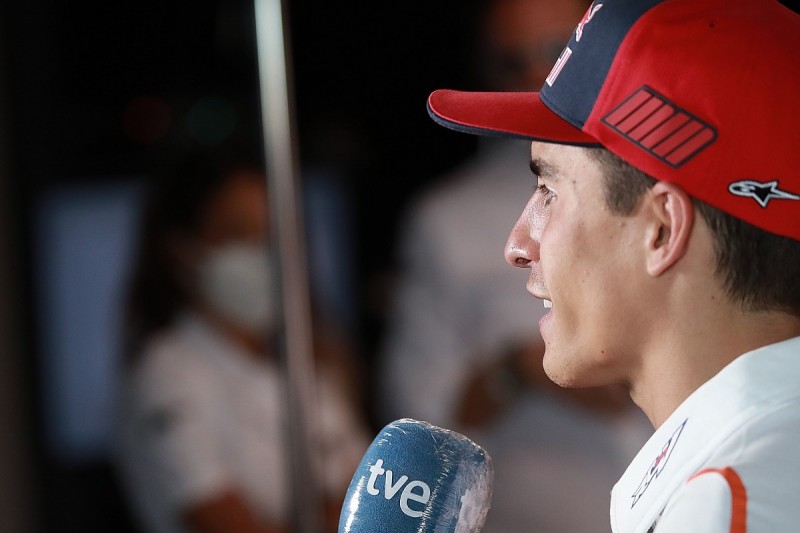 It is unclear yet if he will race in next weekend's Grand Prix of Andalusia.

Posting on Twitter after the race, Marquez said: "Sometimes things don't go as you expect, but the most important thing is to get up and move on.

"I hope you enjoyed the comeback! Now it's time to go to the operating room next Tuesday and fix the fracture of the humerus.

"I promise that I will come back as soon as possible with more strength."

Speaking in the post-race press conference, race winner Fabio Quartararo said: "Get well soon, that the first thing I can say. The crash was really big.

"Speedy recovery, hope to see you soon on track."

Third-place finisher Andrea Dovizioso added: "That's the bad part of our sport. We are competitors and we want to beat everybody but nobody really want that to happen.

"Marc is really strong, I think he'll come back soon."

Marquez's previous two winters have been blighted by dislocations to both of his shoulders, with both requiring lengthy recovery periods.

Prior to the coronavirus pandemic delaying the Qatar Grand Prix back in March, Marquez was expected to start the season at "70%" - though he had fully recovered for this weekend's Spanish Grand Prix. 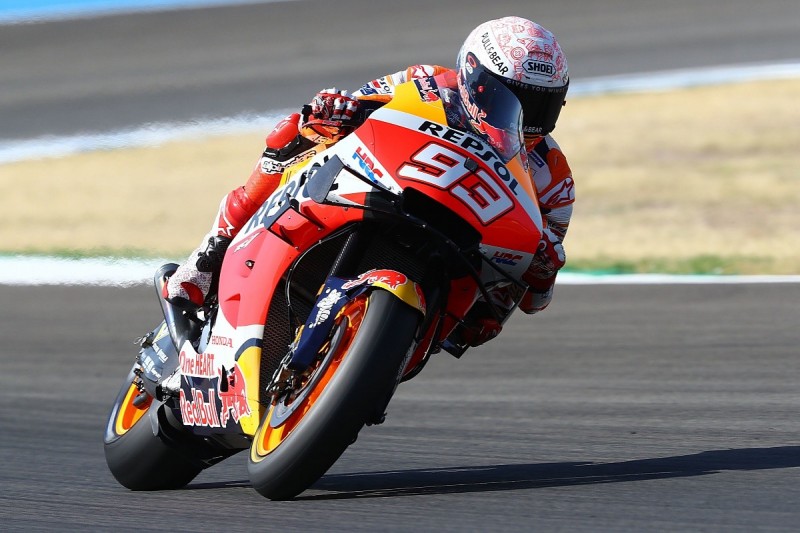 In a bruising weekend at Jerez for the riders, Suzuki's Alex Rins dislocated and fractured his right shoulder and was forced to miss the race, while LCR's Cal Crutchlow was also ruled out with a concussion from a crash in the morning warm-up.

Should Marquez be forced to miss next weekend's second race at Jerez, it will mark the first time in his MotoGP career that he has sat out a race through injury.

He last missed a race at the end of his 2011 Moto2 campaign when he suffered a career-threatening eye injury.