Silverstone took over the race from Donington Park in 2010, but the to-be-built Welsh venue signed a five-year-deal to host MotoGP between '15-19.

With Circuit of Wales having hit funding hurdles, Silverstone has remained on the calendar in an arrangement that will continue this year and potentially next.

While doubt has been cast over Silverstone's Formula 1 future, Warwick wants to keep MotoGP beyond the interim hosting deal.

"MotoGP is very important for Silverstone," he said at Autosport International.

"We think we have got it for the next two years, which is really good.

"I'll talk very quickly about a certain Welsh circuit, the Circuit of Wales - I hope it doesn't happen, I don't think it will happen so I'm looking forward to MotoGP in the future.

"We have a very good crowd base at Silverstone for motorbike followers.

Ex-F1 racer Warwick describes himself as "a massive fan of MotoGP", highlighting Valentino Rossi among the current field.

"He's up there with the [Ayrton] Sennas, [Juan Manuel] Fangios and [Stirling] Moss.

"I thought we'd seen the best of him a couple of years ago, but he never ceases to amaze me. He's 38.

"[Marc] Marquez is a special talent, [Maverick] Vinales is coming through, [Jorge] Lorenzo is getting on a Ducati - it's all good for MotoGP." 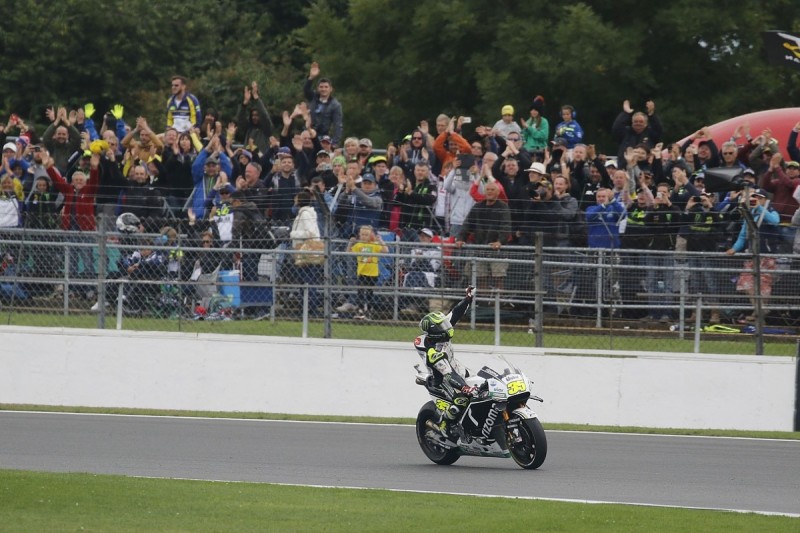 That grand prix was a fortnight before Silverstone's 2016 race - in which Crutchlow started on pole and finished second - and the LCR Honda rider also won at Phillip Island before the campaign was out.

"The great thing about Cal is that he's not bothered by anything," Warwick said.

"He helps us a lot at Silverstone, he will bring a lot of fans to Silverstone this year.

"He's very special for us."

Yamaha's 2017 MotoGP design will not be the mooted revolution