Espargaro was taken to the medical centre and subsequently to hospital in nearby Chemnitz after he hit the air-fence at Sachsenring's Turn 4 left-hander.

He was reported to have suffered a blow to his ribs and be having difficulty breathing.

MotoGP has announced Espargaro has been "declared unfit" for the race by medical staff "due to thoracic trauma".

Morbidelli fractured his hand in a practice crash at Assen and deemed himself unfit after riding in the opening session at the Sachsenring. 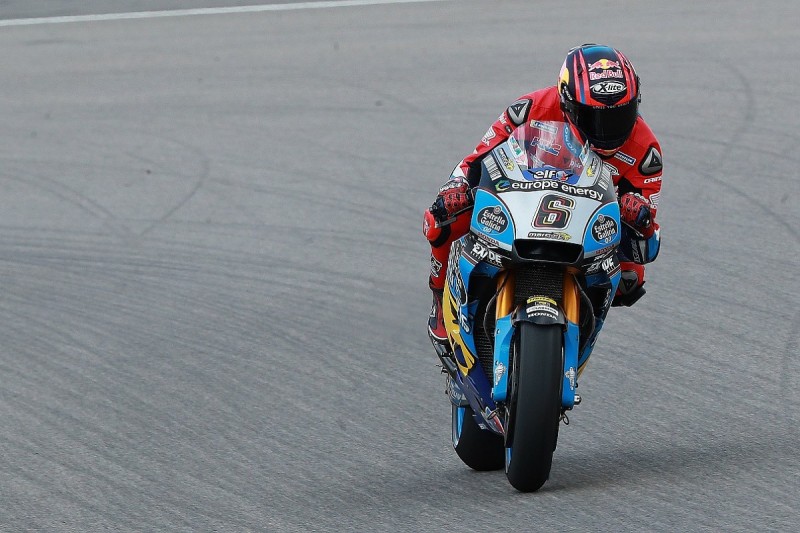 Morbidelli has been replaced by home representative Stefan Bradl, the Honda tester poised for his first start in the premier class since 2016's Valencia finale.

Kallio, meanwhile, sustained ligament damage to his right knee when he crashed heavily through Turn 8 during Friday's second session.

Espargaro was due to start 19th on the grid after picking up a six-place grid penalty for baulking Marc Marquez in Saturday morning's third practice.

Reigning champion Marquez will start from pole position for Sunday's race, which is set to feature 23 riders.