Valentino Rossi hopes Honda will give him his first MotoGP title winning 500cc bike from 2001 for his collection and spoke with team boss Alberto Puig about it.

The nine-time grand prix world champion retired from MotoGP at the end of last season, bringing to a close a 432 GP career spanning 26 campaigns.

During his tenure Rossi won championships with Aprilia in the 125cc and 250cc classes, Honda two-stroke 500cc and four-stroke MotoGP machinery, and Yamahas in MotoGP.

During the Valencia finale a special display of all of Rossi’s title-winning bikes was staged in the paddock for him, with Rossi having most of them in his personal collection at home.

The relationship between Rossi and Honda soured in 2003 as he felt his contribution to HRC’s success was not being given enough credit, with the Italian signing for Yamaha for 2004.

Speaking in Valencia, Rossi says he was due to get the 2001 500cc bike from Honda years ago but it never arrived and hopes HRC will change its mind one day.

“It’s the bike that Honda was supposed to give to me and I was ready to take, I had already the place at home [for it].

“But for some reason the bike never arrived. I’m happy if Honda change the idea and gave me that one.

“For sure, the bike will stay well, at a good temperature and have a good place at my house.” 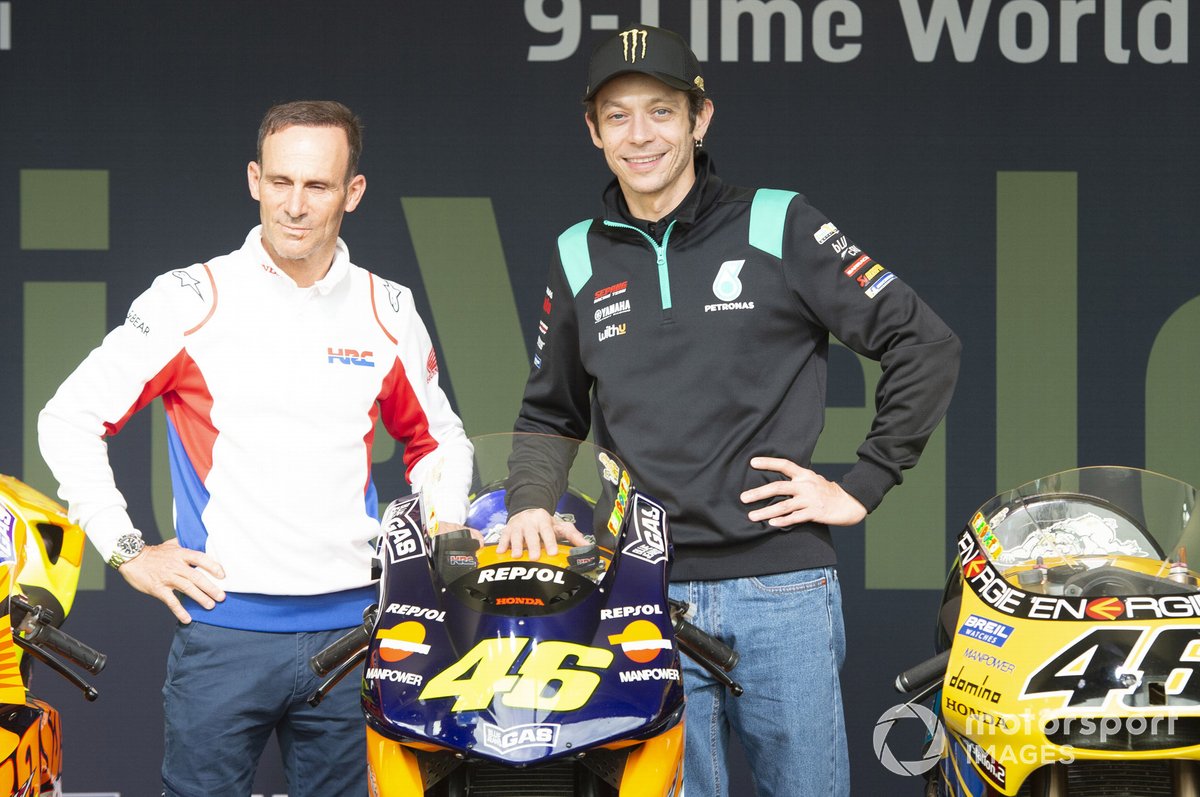 “So, I cannot answer, but this bike is also very important for us because we have it in a museum.

“So, I’m sure we want to have this as a very important trophy in our house to show to our fans that we were capable of winning that title with that bike.”