Valentino Rossi has branded Dani Pedrosa’s MotoGP comeback as a KTM wildcard at the Styrian Grand Prix “impressive”, following a strong Saturday for the Spaniard.

Pedrosa retired from MotoGP at the end of the 2018 season and took up a role as KTM’s official test rider, but was always reluctant to race again.

But Pedrosa has made his racing return this weekend as a wildcard in Austria, marking his first ever grand prix appearance on a bike that wasn’t a Honda.

Pedrosa narrowly missed a direct place in Q2 from FP3 and was under two tenths outside of progressing in Q1, the KTM rider qualifying 14th.

Petronas SRT rider Rossi followed Pedrosa in practice and in Q1 at the Red Bull Ring on Saturday and was impressed by how quickly he got back into the swing of things after such a long hiatus.

“I think that Dani has made an impressive comeback and is always very fast and competitive, especially during the practice, also in FP4, he was in like P6,” Rossi, who qualified 17th, said when asked by Autosport for his opinion on Pedrosa’s comeback.

“I followed him and he followed me during the practice, so I see it’s the classic Dani Pedrosa style – it’s very clean, hard braking but he ride always very smooth.

“So, it’s like he always raced. It’s true that it looks like he has a bike for next year, so looks like the bike is competitive and they make a lot of tests here.

“So, under the point of view, he is ready to race here in this track.

“But anyway, to demonstrate this speed after three years that you are away from the race track is quite impressive, so I make my congratulations to Dani.” 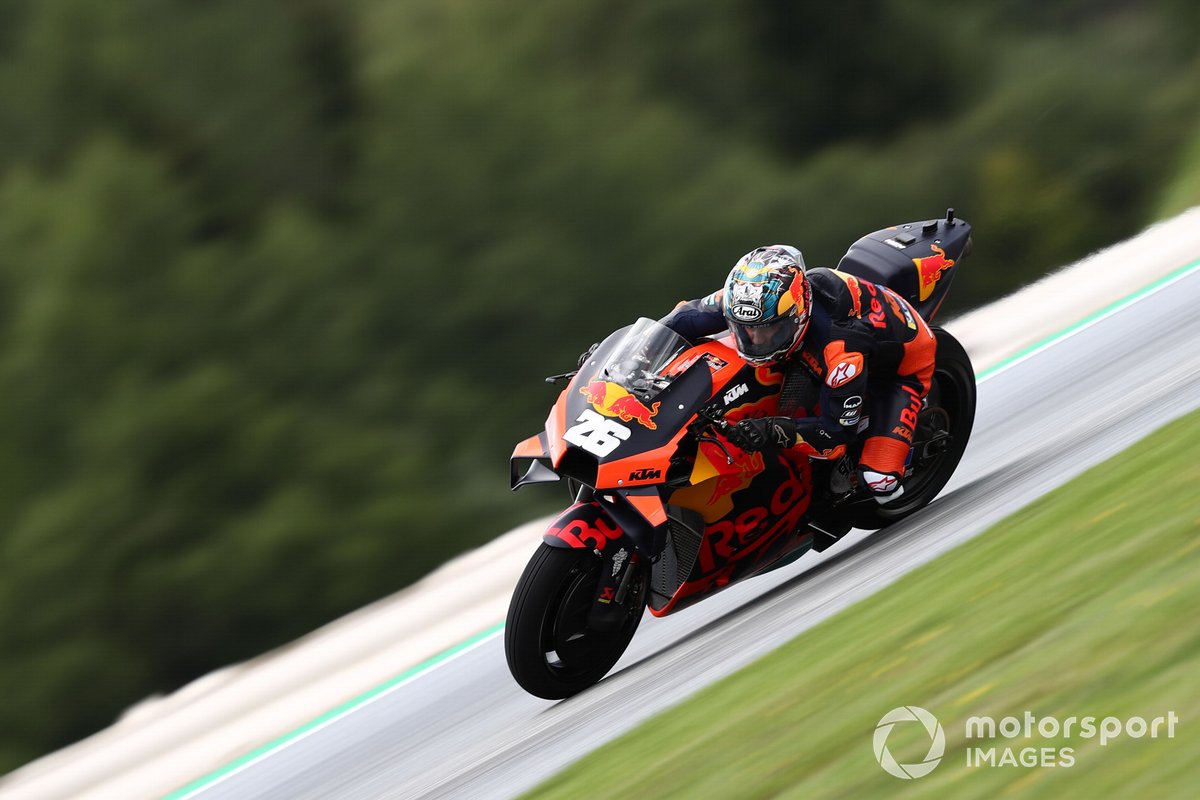 Commenting on his first qualifying session in three years, Pedrosa admits he struggled to hook together a perfect lap, while also cryptically noting that he has already seen “what I wanted to see” from his comeback.

“I mean, it’s good to be matching my pace with the others and being somewhere in the middle,” the 31-time MotoGP race winner said.

“These days everything is quite tight, so just one mistake in one corner you are off.

“So, it’s important to make a perfect lap. I could already see that before qualifying.

“And then, from the other point it was quite clear for me, I still have the race to go but I already see what I wanted to see.

“I already got the big picture of what I was missing from when I was not racing.

“So, it’s already clear for me what is the next step to do.”