Valentino Rossi says his new team-mate at Petronas SRT for the remainder of Andrea Dovizioso’s return to MotoGP is significant because he is “an important name for the Championship”.

Dovizioso will mark his MotoGP return this weekend in the San Marino Grand Prix at Misano having spent much of 2021 on the sidelines serving a sabbatical after losing his Ducati ride at the end of last year.

Though initially carrying out a testing programme with Aprilia, Maverick Vinales’ sudden Yamaha exit and Franco Morbidelli’s promotion to the factory squad opened the door for Dovizioso to return to the grid.

Having signed a contract directly with Yamaha that will take him into 2022 with the project that will be born out of the outgoing Sepang Racing Team, Dovizioso will complete the current season on Morbidelli’s vacated 2019-spec M1.

Rossi has previously already expressed his delight at sharing a garage with Dovizioso, and highlighted the significance of his fellow Italian’s return on Thursday at Misano. 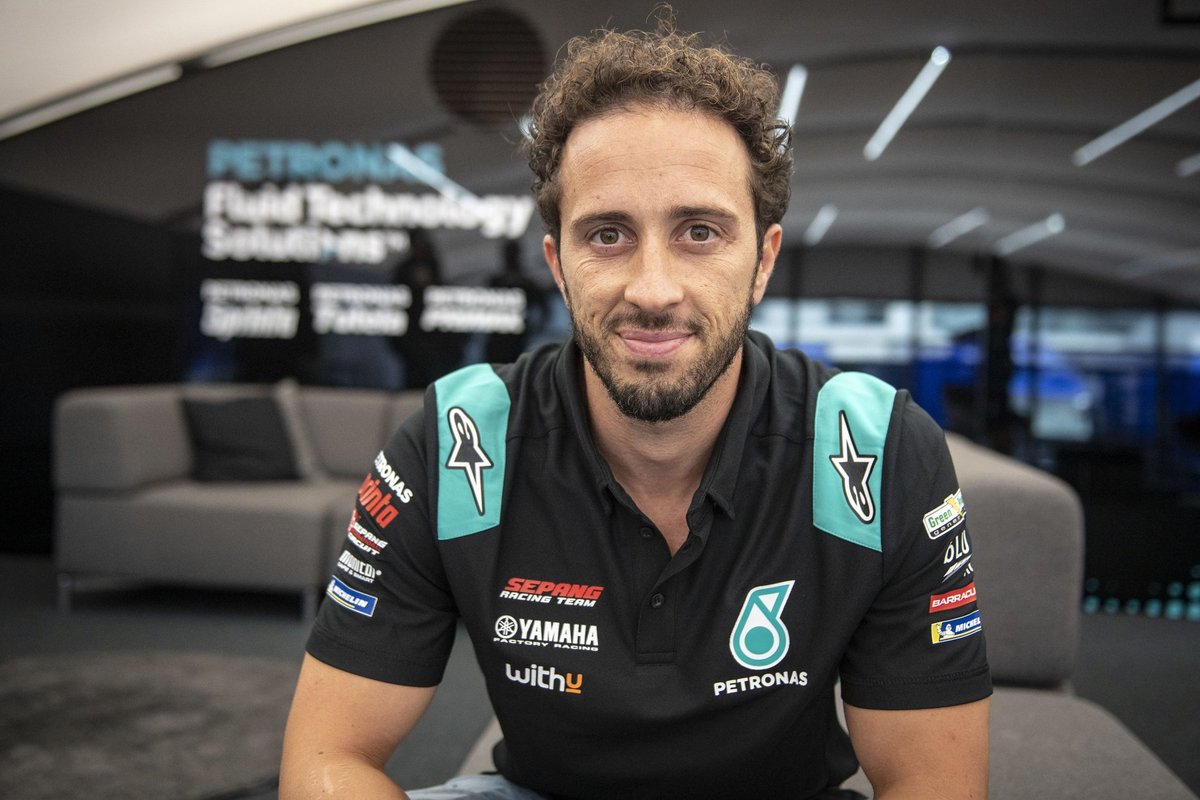 “I am very happy to have Andrea as a team-mate, because first of all we have a great relationship and we are great rivals because we fight together in MotoGP from 2008 from the first race,” Rossi said.

“And I think we did a lot of good fights against [each other].

“And also I’m very curious to know his feeling from the bike.”

This weekend’s Misano race will be the last of two Rossi will compete on home soil before retiring at the end of 2021.

The San Marino GP proved to be one of Rossi’s strongest rounds last year, where he was narrowly beaten to the podium by Suzuki’s Joan Mir.

Commenting on his own prospects for this weekend’s Misano round, Rossi said: “Yeah, on the paper I can be stronger here in Misano because in Aragon it was difficult, but it’s one of the worst tracks for me during the season.

“Usually Misano I am better, also last year I was good, especially in the first race.

“It was a great race, I was always in the first group and unfortunately I lose the podium on the last lap. But I was competitive, so for sure I will try.”