Since losing his factory Ducati seat at the end of 2020, Dovizioso has been on a sabbatical, during which time he has undergone a test programme with Aprilia with a view to a full-time return in 2022.

With that avenue closing upon Maverick Vinales’ signing, his Yamaha exit paved the way for Morbidelli to move up to the factory Yamaha squad, with Dovizioso taking over the vacant Petronas SRT M1 for the remainder of the year.

Dovizioso ended his first official MotoGP session since last November last of the 24-rider field, 2.5 seconds off the pace, while Morbidelli was 16th on his return from the knee injury which has sidelined him since June.

The 45-minute session got underway in dry conditions, though the threat of rain was omnipresent as dark clouds swelled above the Misano circuit. 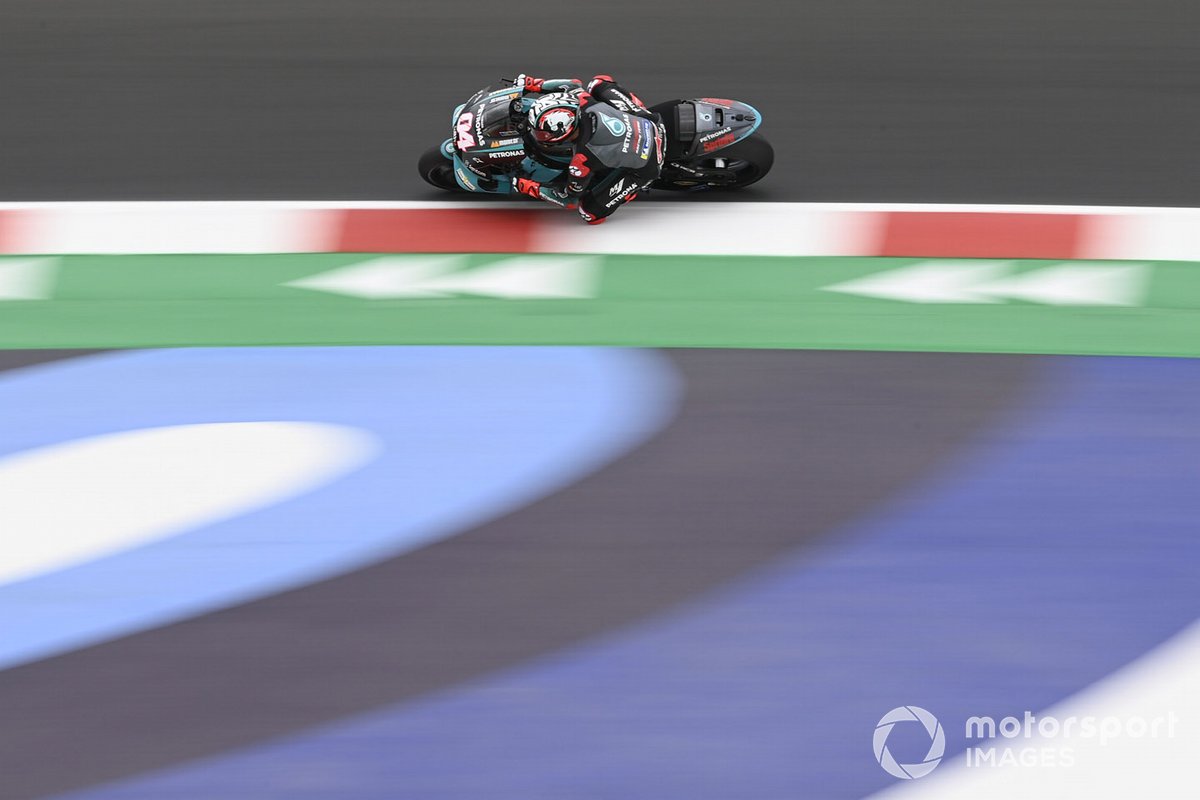 After the opening 15 minutes, Aragon GP race winner Francesco Bagnaia had guided his factory Ducati to the top of the standings with a 1m32.801s.

It wasn’t a smooth session for MotoGP’s latest winner, as some technical gremlins with his bike robbed him of some crucial dry track time.

By the time Ducati had resolved the problem, Bagnaia’s run plan was curtailed by the arrival of heavy rain.

Just moments before the weather turned, Vinales – who did test at Misano a fortnight ago - had returned to the top of the standings with a 1m32.666s having served brief stints there earlier in the session.

And with the rain forcing everyone back into pitlane, Vinales’ time would go unchallenged through to the chequered flag.

Suzuki duo Alex Rins and Joan Mir, as well as Honda’s Pol Espargaro and Marc Marquez took the opportunity in the closing stages of FP1 to get some wet milage under their belts.

At the chequered flag Mir was runner-up to Vinales, 0.080 seconds adrift, with Bagnaia completing the top three. 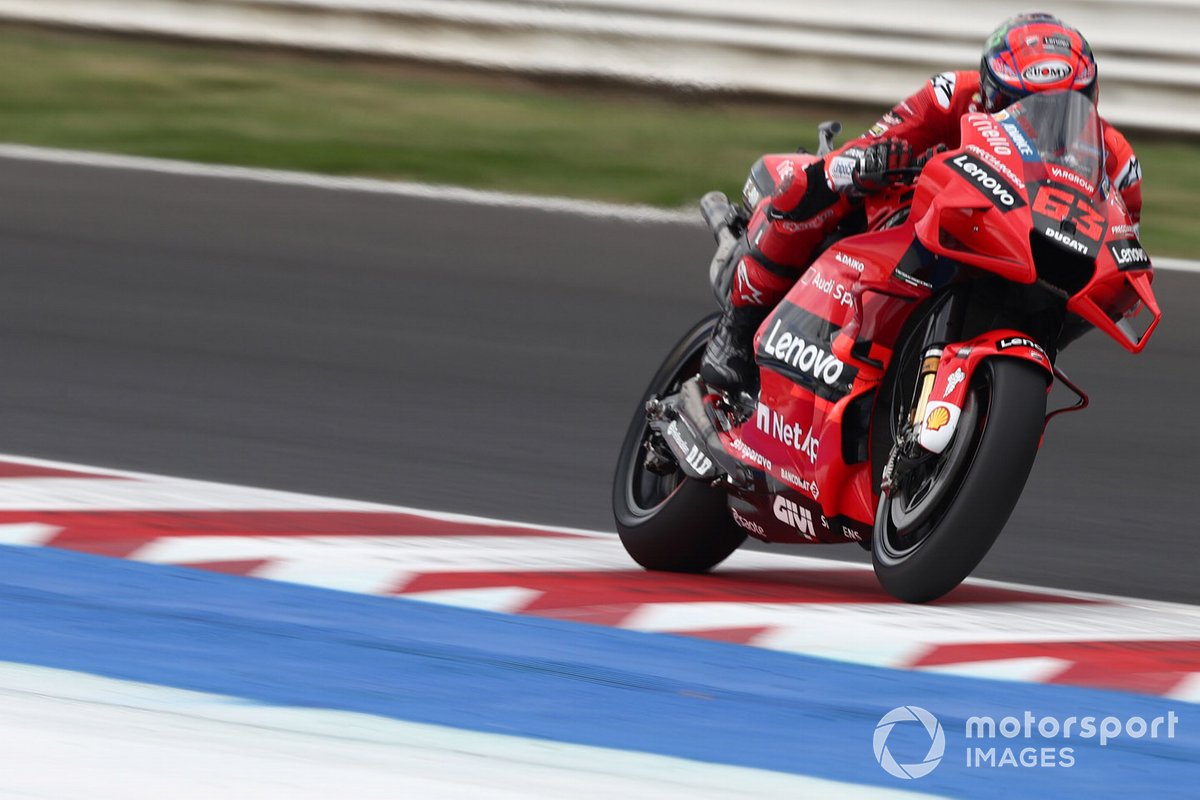 Ducati team-mate Jack Miller was fourth ahead of Rins, Pol Espargaro and championship leader Fabio Quartararo on the factory Yamaha – the Frenchman having a scrappy session on his M1.

Honda wildcard Stefan Bradl headed Marc Marquez and Aprilia’s Aleix Espargaro to round out the top 10, while Avintia’s Enea Bastianini put in another strong showing fresh from a career-best sixth at Aragon on his two-year-old Ducati in 12th to shadow Pramac’s Johann Zarco.

Valentino Rossi’s penultimate race on home soil began with him down in 19th in FP1, 1.1s off the pace, while the factory KTM duo of Brad Binder and Miguel Oliveira made low-key starts to their weekends in 21st and 22nd.