Alex Rins doesn’t feel testing Suzuki’s prototype 2022 MotoGP engine on Sunday at the Qatar test detracted from his work on the 2021 GSX-RR.

Suzuki test rider Sylvain Guintoli revealed on Saturday that he was already trying a prototype version of the Japanese marque’s 2022 engine at the first Qatar pre-season test last weekend.

Engine development for all manufacturers apart from Aprilia is banned for the 2021 season as part of COVID-19 cost-saving measures, with all except Aprilia and KTM (as it lost its concessions during last year’s freeze) having to use its 2020 engines for this campaign.

Rins tested the new engine on Sunday and noticed it offered a bit more power, which has long been a request from Suzuki’s riders.

“We tried different things and we tried important thing today, which was the engine for 2022,” Rins said on Sunday after ending the first test 10th overall following a crash.

“And it was a good day. I felt quite similar, just a little bit more speed on the straight and this was quite good.

“It was a thing we were requesting last year and more small things I can’t say.” 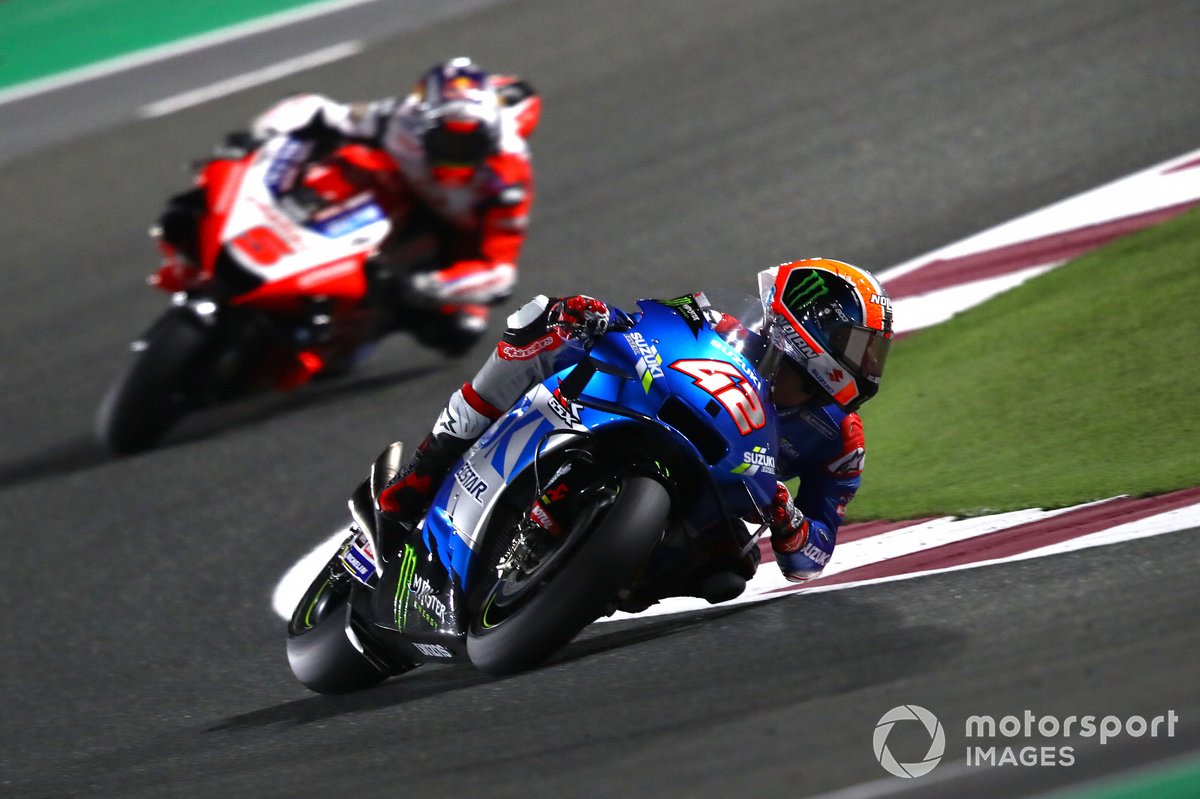 When asked by Autosport if this was detracting from his 2021 work, Rins replied: “No. It was good, was a thing that Suzuki requested us to try the new possible engine for 2022.

“We tried with no problems, we have a lot of days of testing here in Qatar.

“So, talking with my crew chief Manu [Jose Manuel Cazeaux], we thought that the best day to try was today.”

Reigning world champion Joan Mir – who was eighth on the combined times – was pleased Suzuki already had an eye on 2022, but insisted it mustn’t lose focus on its 2021 bike.

“It’s normal to try some new stuff for 2022, because an engine is not something you can build in a couple of hours,” he said.

“It needs a lot of time to understand, and if they work as soon as possible it will be better at the end to find a good compromise with the engine and everything.

“What is true is that we didn’t start this season yet, so it’s important to have this in mind and understand this situation.

Mir spent much of his time evaluating a new chassis on Sunday, but was inconclusive on its potential over the 2020 spec.

“My feedback on the chassis is some positive things and negative,” he added.

“It was not a revolution. It was a bit better probably on the handling, but then in other areas, on braking for example it’s not so good.

“So, we have to work on that to know if we can fix it with a setting or not, that’s why we have three days more.”