Suzuki rider Alex Rins says the data showed he did “nothing wrong” when he crashed out of victory battle late on in the MotoGP Portuguese Grand Prix.

Rins led the race in the early stages before eventual winner Fabio Quartararo came past at Turn 1 on the ninth of 25 laps.

The pair ran line astern for the next 10 tours, lapping almost identically as they broke away from the chasing pack.

But Rins’ hopes of a fourth MotoGP victory were dashed when he slid out of second place seven laps from the finish at the Turn 5 Torre Vip hairpin, leaving Quartararo to dart off to a comfortable second win of the 2021 campaign.

Rins says the data showed his braking point and brake pressure were exactly the same as the lap before, while noting he was riding on a “good limit”.

“In the race, I’m quite impressed because I improved a lot compared to last year and in the end we weren’t able to get that prize for the crash,” he said.

“I was controlling very well the spin and the wear of the tyre.

“It’s a shame because we analysed the data and I did nothing wrong in that corner.

“It was the same braking point, same pressure on brakes. But sometimes it happens. We need to keep looking forward.

“For sure I’m not happy, but I’m happy for the way we approached the weekend.” 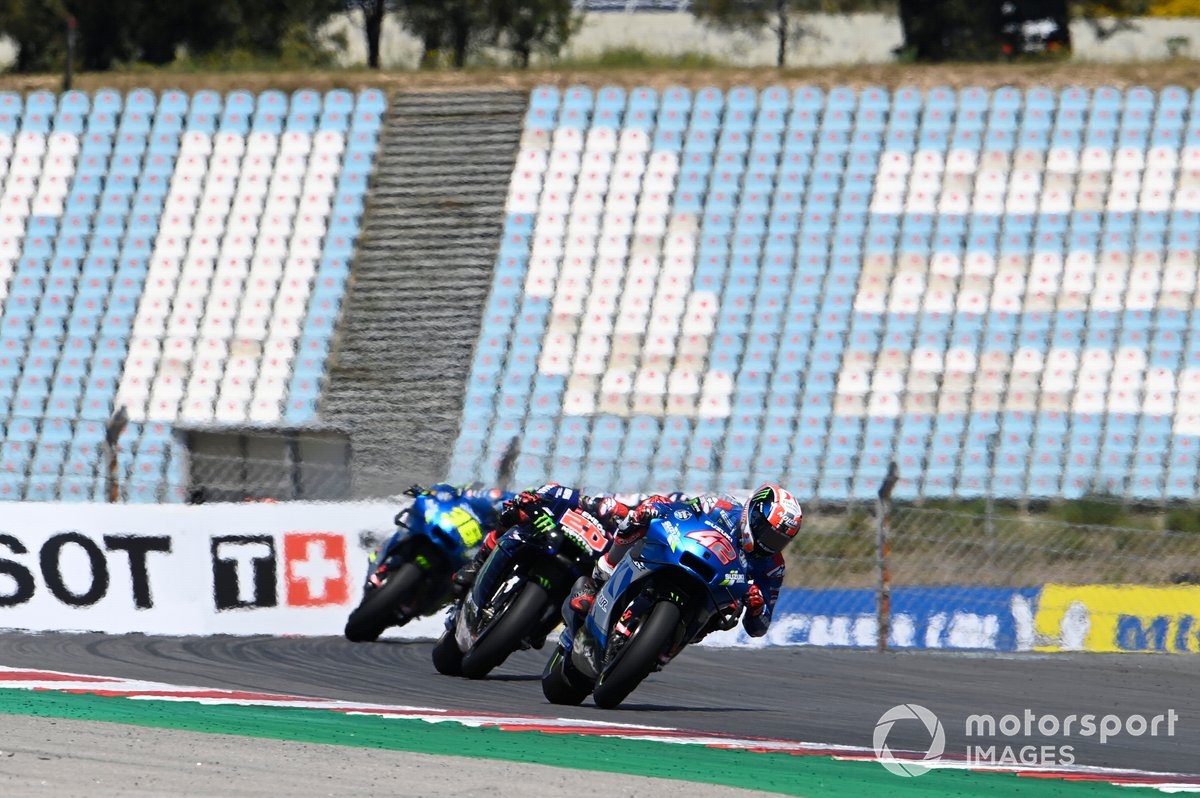 Rins admits even without the crash, winning the race against Quartararo would still have been a challenge.

“I mean Fabio explained well, I was pushing him,” he added. “He demonstrated a good pace [in FP4], and also in the warm-up. So, he had a good pace.

“Ok, I knew that we had not the same pace as him, but during the race I was feeling quite good.

“I mean, for sure if I don’t crash and we continue this pace I will make the same lap time as him because the tyres have a limit and it’s not easy to overtake on this track.

“For sure the victory was a bit difficult, but we lost a very important 20 points.”