KTM completed its first test of the year, ahead of its MotoGP return in 2017, with three days at Jerez.

On Saturday's final day, de Puniet, who joined the Austrian manufacturer as a test rider last month, sampled the KTM RC16 for the first time.

"As I haven't sat on MotoGP machine for more than a year, I immediately felt very good on the bike," de Puniet said.

"As usual we first adjusted it to suit my personal needs.

"Then in the short time left we tried a few things with the electronics.

"We are now well prepared for the next test in a few weeks."

De Puniet's last grand prix was the 2014 finale at Valencia as a wildcard for Suzuki.

KTM's two primary test riders, Mika Kallio and Alex Hofmann, completed the bulk of the running in the test, which was affected by rain.

"The only negative on the three days was the weather - and that was good," Hofmann said.

"Compared to both my last tests in Spielberg and Valencia at the end of last year, the bike has been further developed, not only in terms of appearance; it is also technically on a very good basis.

"Now it's all about getting on with the work and hunting down the times." 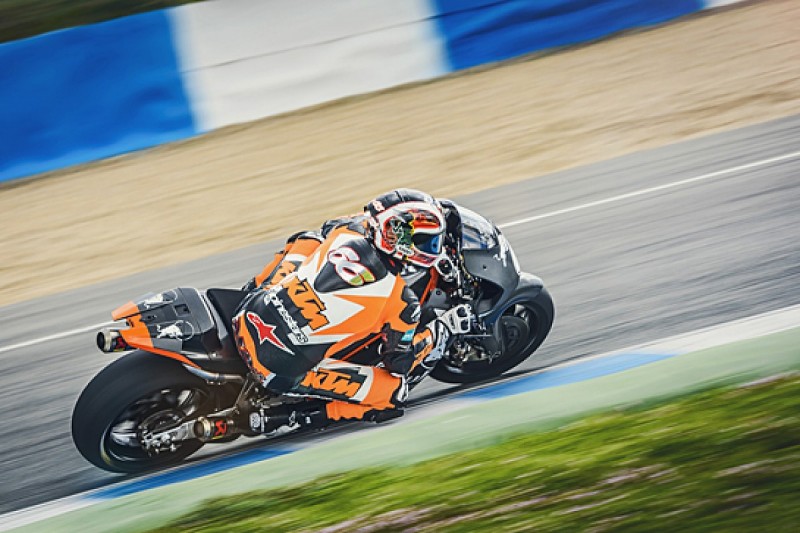