Yamaha’s Fabio Quartararo says his crash in qualifying for the MotoGP Americas Grand Prix was down to him knowing he had to “make a bet” to grab a top starting position.

Quartararo had just moved into fourth in the early stages of Saturday’s Q2 pole shootout session and was on course to better his lap when he slid off his Yamaha at the Turn 19 left-hander.

He was able to get back to his Yamaha box and get his second bike, with the reigning world champion going on to qualify on the back of the second row in sixth.

Quartararo says the crash was down to him pushing to his limit, knowing a strong race around a circuit which does not suit the Yamaha’s lack of top speed hinged on a great qualifying.

“I just tried my best,” he said after qualifying at COTA. “I knew if I wanted to make a great race tomorrow, we needed to make a bet and I pushed my 100% and we had a crash.

“Then in the second run I tried to do my best also, it was better but in sector one I made a lot of mistakes. We could have improved sector three and four, but when it’s getting hot we struggle a little bit more with the grip and we need to go over the limits.

“But I’m happy because I gave my best and I have nothing to say because a crash can happen.” 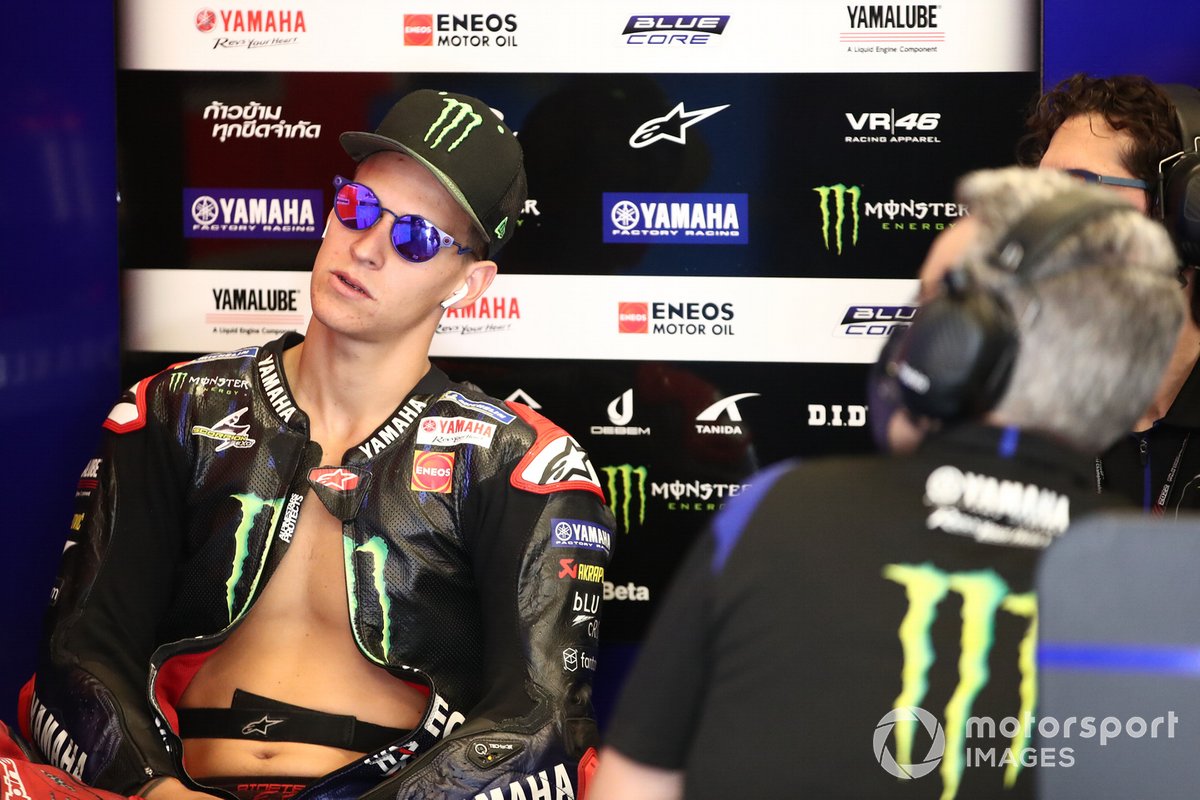 Quartararo will start behind five Ducatis in Sunday’s 20-lap fourth round of the 2022 MotoGP season, with the Italian marque the first since Honda at Motegi in 2003 to annex to the top five on the grid.

Despite the major disparity in horsepower between the Yamaha and Ducati, Quartararo admitted he prefers to start behind so many Desmosedicis than ahead of them and is not looking at the race as being an exercise in damage control right now.

“To be honest, I don’t think so because they are already in front,” he said when asked by Autosport if the current grid order was Yamaha’s nightmare scenario. “So, I prefer to have five Ducatis [in front] than one Suzuki, one Honda.

“We have five Ducatis in front. At the end it’s no matter if it’s Suzuki, Honda or Ducati because all the bikes are going super-fast.

“Let’s see how it goes but I think we need to give our maximum from the beginning. I will not say [I’m expecting] damage limitation, but there are many people with great pace.

“Luckily the Aprilias stayed in Q1 because the pace they had was really strong. For me basically the favourite is Marc [Marquez] and [Enea] Bastianini.

“They have really strong pace and just before coming [to the debrief] we were looking at the sector three of Bastianini with old tyres [from FP4]. Basically, it was my time attack sector three. So, we will struggle a lot on the back straight for sure.”

“Scared” Marquez “didn’t believe in myself” in COTA MotoGP qualifying