The opening round of the 2017 MotoGP season could be brought forward several hours to daytime on Sunday, as riders think it would safer than a wet race

Rain has featured in forecasts for the Qatar Grand Prix week, although the on-track action has yet to be affected by wet weather in Doha.

The night race has never been run in the wet, with the 2009 edition postponed by 24 hours to the Monday evening due to heavy rain.

Organisers are exploring options, including rescheduling the race to an earlier time on Sunday, following Friday's regular Safety Commission with riders.

That would be a last-minute decision, which would be implemented if any of the remaining practice sessions were held in the wet and riders considered it unsafe due to a lack of visibility. 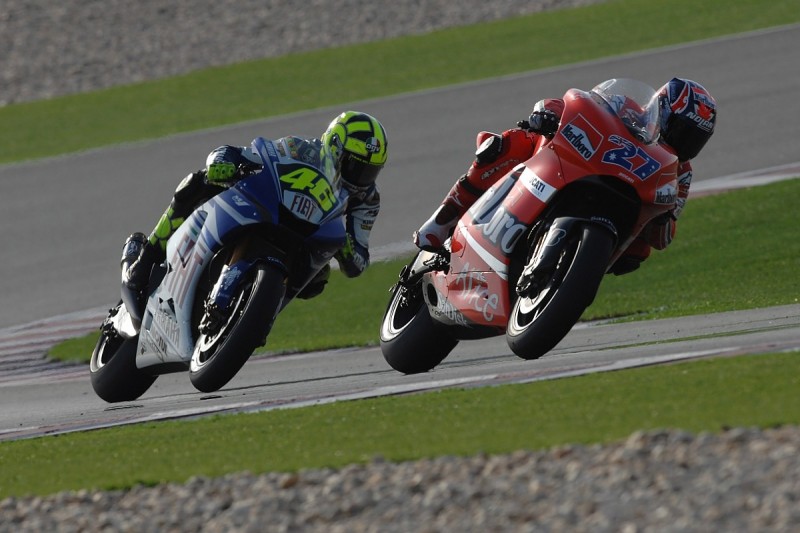 One month ago, Loris Capirossi and Franco Uncini, both members of race direction, claimed to have performed a test that convinced them it was possible to race because they did not experience any problems with a lack of vision.

Riders, however, were not won over by their report and maintain reservations about the prospect of racing under lights in the rain.

Should it rain during fourth practice, scheduled for 8:45pm local time on Saturday, riders will meet again to discuss the situation.

If they decide the situation does not meet the minimum safety conditions, other options will be explored.

Riders on Friday also agreed to push for a return to a day race in Qatar, as was the case between 2004 and '07 (pictured above).