Honda team boss Alberto Puig says the marque is “still far from being ready” with its 2022 bike following the Jerez test, but noted the “conclusions are positive”.

Honda failed to win a race in 2020 for the first ever since it returned to the premier class full-time in 1982, and though Marc Marquez won three grands prix this year despite still recovering from a serious arm injury, the RC213V proved to be a problematic bike.

All of its riders struggled with a lack of rear grip, which had a knock-on effect of hampering them into the corners as well as exiting them.

Honda unveiled a radically different RC213V prototype for 2022 at the Misano test in September and continued developing that last week at the post-season Jerez test.

LCR’s Takaaki Nakagami was second overall at the end of the two-day Jerez test, while factory team Honda rider Pol Espargaro was seventh – while Marc Marquez was absent, having missed the final two rounds of 2021 with vision problems.

“This is not easy to answer, because sometimes we don’t know,” Puig told motogp.com when asked at what stage of development Honda was at with the 2022 RC213V.

“After you make a test, the engineers must collect all the info, and of course decide the direction or what to do.

“So, in which part in the development [we are]: we are testing and developing at the same time.

“I mean, there is not a limit for development, you can develop always. 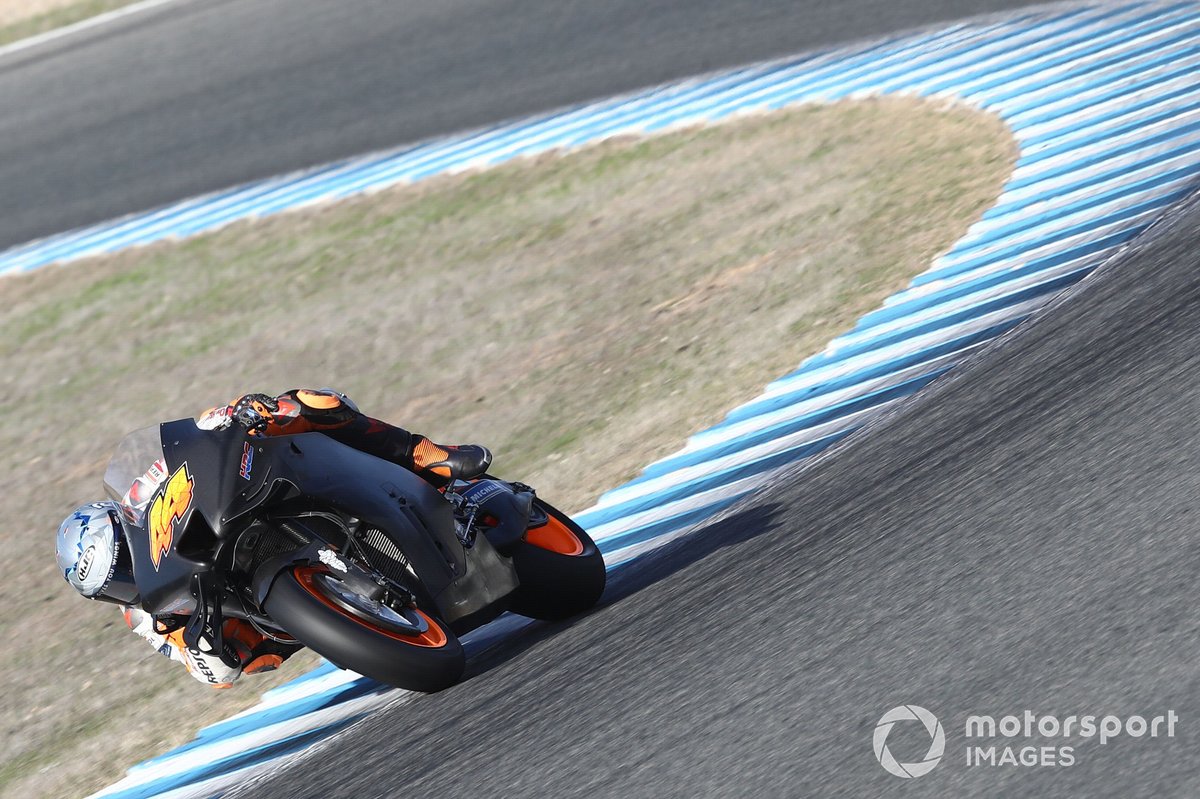 “We are trying to understand what is best for our riders, based on different chassis configurations and engines, and this is what all manufacturers are doing.

“I would say that we are still far from being ready, but very important and crucial test here.

“Inside our complicated situation with our riders, with Marc not being here, we are getting good information.”

Speaking exclusively to Autosport’s sister Spanish language website Motorsport.es, Puig was upbeat about Honda’s work so far on its 2022 challenger.

"The conclusions are positive because we have found a direction in which to continue the work,” he added.

“When the bike is tested by different riders and each one tells you a different thing it is very complicated, but fortunately the opinion of our riders is very similar and this is very important, because you realise that the work we started in Misano and what we said then that we would try to do for this test in Jerez has worked. And that is positive.”

Espargaro says the rear grip missing from the 2021 bike has been delivered with the new prototype, though notes the front-end “suffers more” now.

"Without a doubt this is the grip I was asking for, they have worked a lot on this aspect and we have made a big step forward,” the Spaniard said.

“When you generate a lot of rear grip other problems arise, especially in the front, which suffers more. Maybe we need a softer tyre.

“But we got what we asked for and now we have to do our job and return the effort.”