Honda’s Pol Espargaro says it was “embarrassing” to finish so far back in the MotoGP Styrian Grand Prix having fought for victory at the track last year on the KTM.

Espargaro qualified on pole and narrowly missed the win in last year’s edition of the Styrian GP when he was a KTM rider, while in 2021 on the Honda he was only 16th and 31.150s off victory.

The Honda rider says his race was compromised by a “desperate” strategy to unsuccessfully get out of Q1 in qualifying by fitting a fresh medium rear tyre, which left him without a back-up in case of a red flag on Sunday.

A fiery crash involving Dani Pedrosa and Lorenzo Savadori led to the race being halted on lap three, meaning Espargaro couldn’t fit a fresh medium tyre for the restart.

“Well, first of all plan the strategy in a different way because we were desperate,” he said when asked how he can get better results on the Honda. 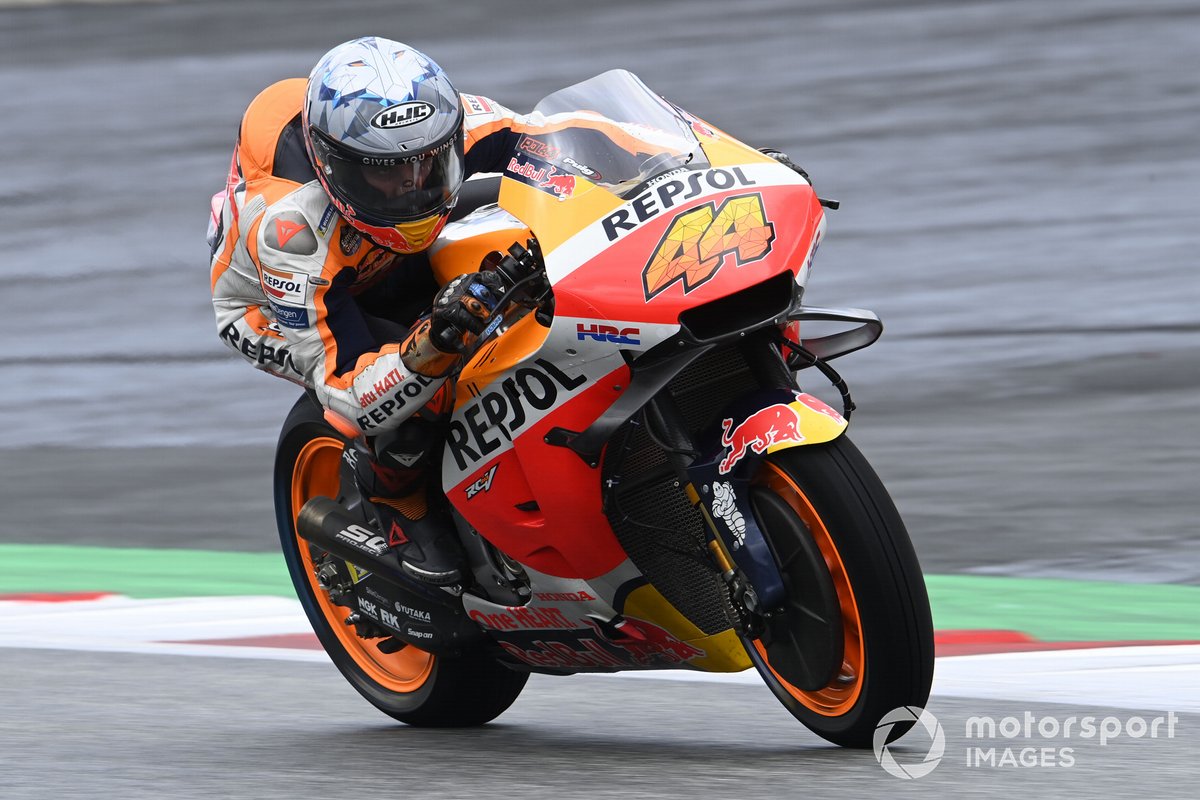 “I was desperate in the Q1 and I put the medium tyre on, which means we ran out of back-up tyres in case of red flag.

“So, when the red flag happened I didn’t have the back-up tyre like all the rest of the grid did.

“So, I started with five laps tyre on the rear, most of the guys complained about the grip in the second race.

“You can imagine with five laps on the tyre already, it was a disaster completely.

“From the first to the last lap, just managing to finish the race because it was kind of embarrassing also to be so far back on the grid knowing this track suits me really good.

“I ride fast here, I almost got the victory last year with a pole position. It was kind of embarrassing.”

Espargaro says the main issue for him on the Honda continues to be a lack of rear grip, noting that he is now unable to ride using the rear brake like he normally would and this is like forcing him to “write with the left hand”.

“The rear grip is the problem of the bike,” he explained.

“It’s been like that since Qatar and if you change nothing on the bike, then it’s going to keep being the same problem.

“I remember in the past on other bikes I was using hugely the rear brake to help me to turn the bike and stop the bike in the mid-corner, avoiding to stress the front brake.

“And the problem is if you don’t have rear grip you cannot use the rear brake.

“So, I’m just putting harder springs on the rear brake to avoid using it and for me if you take away the rear brake it’s like writing with the left hand.

“We are missing grip, this is all. If we get grip on the rear as the others, we will qualify better, we will turn faster, we will accelerate better with more grip, we will not struggle as much on the front.

“So, everything is painful, the rear grip is the key of this new era of MotoGP and if you don’t have it you are dead.”