Maverick Vinales ended day two of Phillip Island MotoGP testing nearly half a second clear of the field for Yamaha, thanks to a stunning three-lap burst in the first hour

While all three laps would have been more than enough to leave Vinales on top of the times at the end of the day, he still came out right at the end of the session and posted another two sub-29 laps - a 1m28.888s and a 1m28.863s.

It was the third lap of that early stint that wound up being the benchmark time, Vinales sitting 0.462s clear of the field heading into the evening.

The Honda rider set his 1m29.309s at almost exactly the same time as Vinales was on his session-topping charge early in the day, and couldn't improve at the end despite a number of laps in the mid-1m29s.

Cal Crutchlow was third quickest on the LCR Honda. Having been one of the first to venture into the 1m29s, replacing Andrea Dovizioso on top of the times with a 1m29.661s effort right on the hour mark, Crutchlow improved to a 1m29.326s to slot in behind Vinales and Marquez. 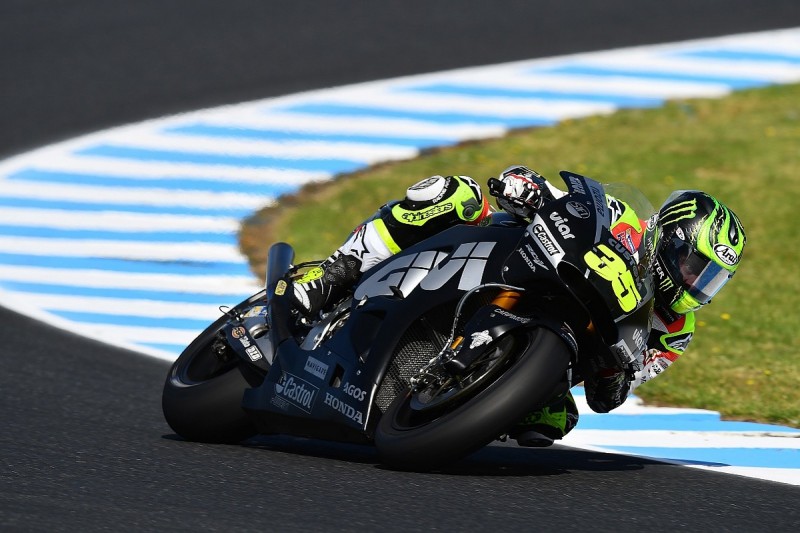 Alvaro Bautista was the next in line with a 1m29.411s, followed by Dovizioso and Aleix Espargaro, who ran a new fairing on the Aprilia.

Unlike Wednesday the string of riders to get under 1m30s ran right down to 12th place. Behind Espargaro it was Jonas Folger on the Tech3 Yamaha, followed by Valentino Rossi, who was unable to replicate the last-minute heroics that took him to second on Wednesday.

Alex Rins, who trialled a new fairing on the Suzuki late in the day, was ninth fastest, with Jack Miller, Johann Zarco, and Andrea Iannone all setting laps in the 1m29s bracket meanwhile.

Dani Pedrosa missed the majority of the day's running due to a throat infection.

The Honda rider didn't appear on track until there was just under three hours of running to go, completing 38 laps and finishing up 16th with a 1m30.245s.