Iannone and Lorenzo set identical times in the dying seconds of qualifying as the pair crossed the line together, although it was Ducati's Iannone who was credited with second place.

Yamaha rider Lorenzo had earlier backed out of a lap to prevent team-mate Valentino Rossi from gaining a tow, so was frustrated to have lost out to Iannone after the Italian had employed a similar tactic.

"It was really important to be very quick for one lap because here at this track four or five bikes have the extra [soft] tyre and especially Maverick [Vinales] today was very dangerous and Dani [Pedrosa] was very fast," said Lorenzo.

"Unfortunately with Andrea we made the same laptime but he was in front because the second lap [was quicker].

"I was a little bit angry after qualifying, because my real position was second place if I could have been on track alone, but with my tow Iannone was very fast here and the Ducati's soft tyre for sure helped him to improve two or three tenths of a second and take second from me.

"Third place is still very good because Vale had some difficulties so knowing this is not so bad."

ROSSI'S STRUGGLE DOWN TO SET-UP PROBLEMS

Lorenzo may have been disappointed to miss out on second, but as the Spaniard acknowledged, his starting position remains favourable compared to team-mate and championship leader Rossi.

Having lacked pace throughout the weekend's practice sessions, Rossi could only wrestle his Yamaha as high as seventh, the Italian admitting he had struggled to find a set-up that suited him.

"Starting from third row is always difficult and we expected a little bit more," said Rossi.

"Today we tried some different things to improve our speed, but we haven't found a good solution.

"I remain consistent with my laptimes, but they are not fast enough, so at the end we arrived at qualifying not being ready.

"I was able to do a lap that was not so bad, but it wasn't enough to start more in front." 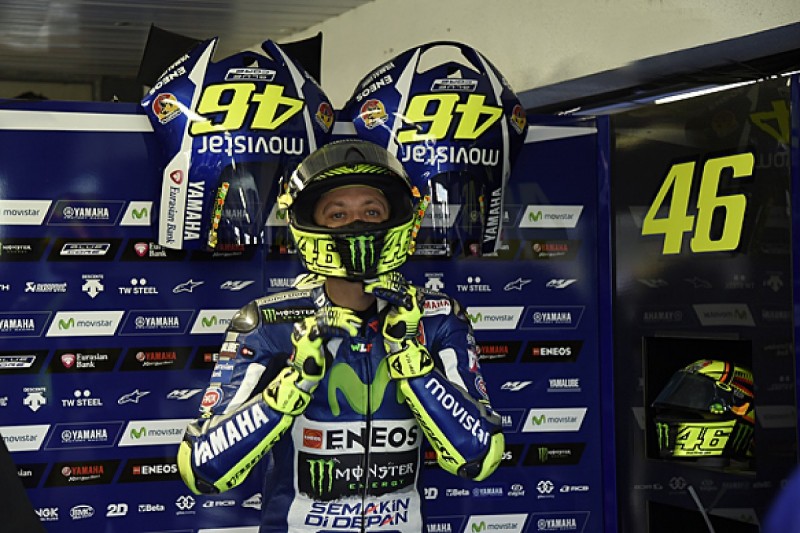