The Honda rider crashed heavily in the latter stages of July's season-opener at Jerez, breaking the humerus bone in his right arm, which required an immediate operation.

He made an aborted comeback attempt just a few days later for the Andalusian GP, which ultimately weakened the plate in his arm to the point it broke when he opened a patio door at his home.

Requiring a second operation, Marquez would not return to racing for the rest of the season as his recovery proved slower than expected - likely a result of an infection found in the fracture after he had a third operation earlier this month to have bone grafted from his hip to his arm.

Honda is yet to give a recovery time for Marquez after his latest surgery, but it is anticipated he will be out of action for at least another six months.

On Sunday afternoon, Honda confirmed Marquez's progress after the surgery and the start of the antibiotic treatment on the infection in his fracture was deemed satisfactory and he has been discharged from hospital.

A short statement read: "Marc Marquez's progress after the surgery performed on 3 December and the start of antibiotic therapy has been deemed satisfactory by his medical team. 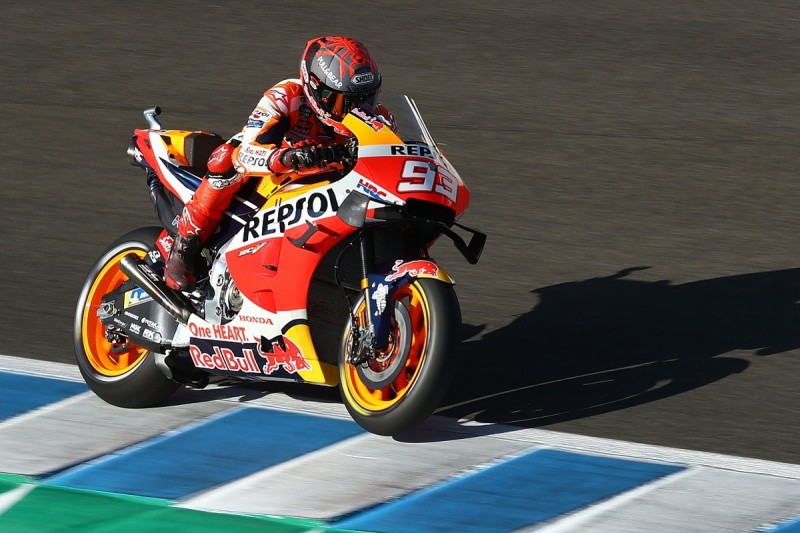 "Today he has been discharged from the Hospital Ruber Internacional to continue his recovery at home, where he will continue with the specific antibiotic treatment."

With the 2021 MotoGP season scheduled to begin on 28 March in Qatar, with testing beginning a month prior, Marquez is likely to miss the start of the new campaign.

However, a potential six-month lay-off for Marquez could open the door for ex-Honda rider Andrea Dovizioso to make a surprise return to racing in 2021.

The 15-time MotoGP race winner will take a sabbatical next year instead of signing on with a manufacturer as a test rider after quitting Ducati, leaving him without ties should Honda approach him.

Honda will field a revised line-up across both of its teams in 2021, with Pol Espargaro joining Marquez at the works squad while Alex Marquez steps over to LCR alongside Takaaki Nakagami.

Rossi: Yamaha engineers listen to MotoGP riders but "do what they want"