Aprilia MotoGP rider Andrea Iannone says he was "surprised" to receive a provisional suspension over a potential doping violation, but has "every confidence" he will be cleared of any wrongdoing

Motorcycle racing's governing body FIM announced on Tuesday that a prohibited substance, falling under the category of anabolic androgenic steroids, was found in Iannone's urine sample collected during the penultimate MotoGP round of 2019 at Sepang in Malaysia.

This triggered a provisional suspension for Iannone and means that he now awaits an International Disciplinary Court hearing that could yield a final sanction.

In a statement posted on social media, Iannone said that he will seek a "counter-analysis", which potentially indicates that he will request a test of his B sample.

His suspension would be voided if it returned negative.

"I'm totally relaxed, and I want to reassure my fans and Aprilia Racing," Iannone's statement read.

"I am open to any counter analysis in a matter that surprises me, also because - at the moment - I have not received any official communication.

"Over the years, and also this season, I have undergone continuous checks, obviously always proving to be negative, which is why I have every confidence in the positive conclusion of this affair." 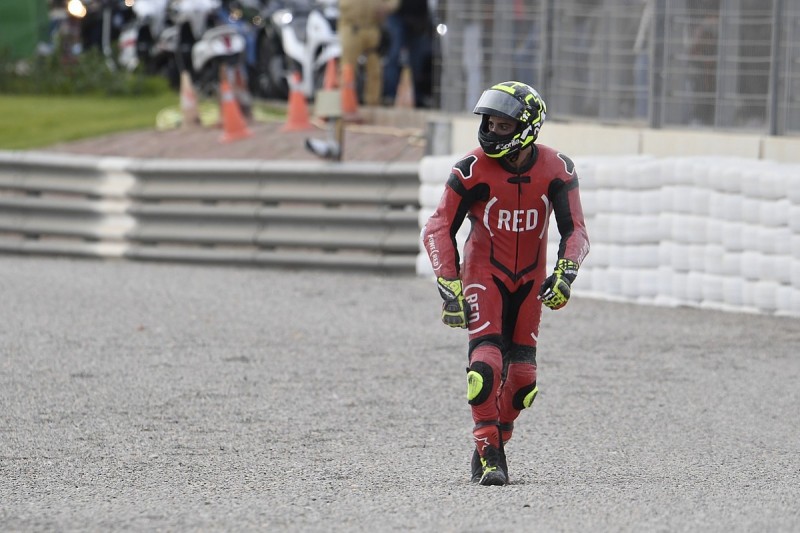 While Iannone claims that he has received "no official communication over the matter", Article 14.3.1 of the FIM Anti-Doping Code states that "the identity of any rider who is asserted by FIM to have committed an anti-doping rule violation may be publicly disclosed by FIM only after notice has been provided to the rider".

Iannone's employer Aprilia has yet to release a statement regarding the matter. Iannone tested positive for a 'non-specified substance'.

This means if he is not cleared by the B sample, article 10.2.1.1 of the FIM Anti-Doping Code states he would need to prove that the violation was unintentional to avoid a four-year ban.