Double MotoGP race winner Danilo Petrucci admits he is "happy" Ducati "fired me" when it did, as it allowed him to secure a ride with KTM at Tech3 for 2021

Petrucci was handed his marching orders from Ducati before the coronavirus-delayed 2020 season got underway, with Pramac's Jack Miller taking his place for 2021.

The Italian soon engaged in discussions with KTM, signing a deal to join the Austrian manufacturer next year with Herve Poncharal's Tech3 outfit.

Petrucci managed a victory at the wet French GP, but was affected heavily by the change in rear tyre construction from Michelin this year.

The Italian admits he felt like he "failed my mission" when Ducati informed him he would not remain with the squad in 2021, but reflects on the timing of it in a positive light.

"Looking back for sure, that day Gigi [Dall'Igna, Ducati general manager] called me and said I was not anymore in the factory team, was a very, very sad day because I felt like I failed my mission. 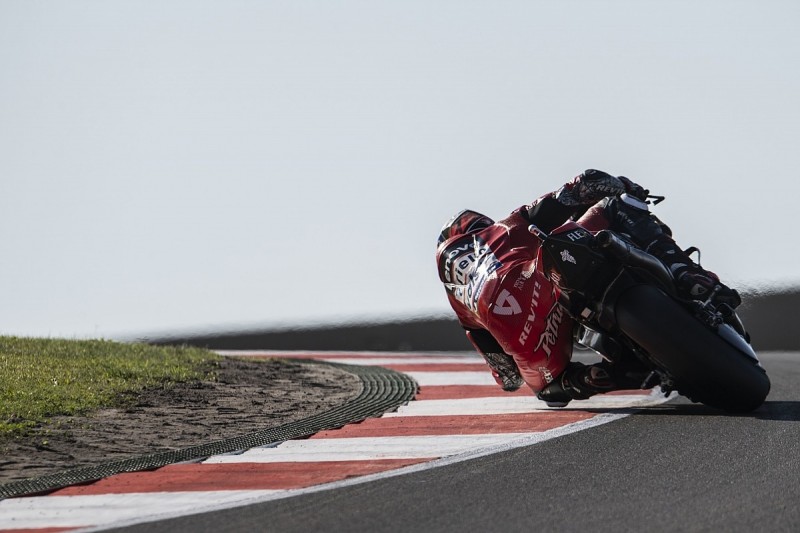 "But looking back, I have to say thanks to him because his move permitted me to go to another factory that is really, really competitive.

KTM's three victories in 2020 lost it the concession benefits it has utilised since 2017, chief amongst which included an immediate ban on private testing with race riders.

This means Petrucci won't be able ride the RC16 ahead of the first official test at Sepang in February, but said he would do some windtunnel work with KTM after the Portuguese GP.

"Unfortunately, they lost the concessions, the free testing, so I have to try the bike in February next year," he said in Portugal.

"But I will go in the windtunnel next week and [it] will be very, very important because for example the top speed this year for me has been a problem.

"So, working on that side is important. I think I will do motocross so much without covering the brand of the bike!"