Franco Morbidelli claimed his second MotoGP pole position of the year for the Valencia Grand Prix. Here's how and when you can watch the race

The Petronas SRT Yamaha rider held his nerve despite light rain at the start of the Q2 session of qualifying to storm to pole position ahead of Friday's fastest rider Jack Miller on the Pramac Ducati.

While Morbidelli still has faint MotoGP title hopes, the key championship contenders all endured a tough qualifying with the Italian's team-mate Fabio Quartararo only rising to 11th place after progressing through Q1.

MotoGP championship leader Joan Mir, who can secure the 2020 title this weekend if he finishes on the podium, could only manage 12th place in Q2 which left him bemused.

His Suzuki team-mate fared even worse as he failed to escape Q1, which he called a disaster, and he is set to start the Valencia GP down in 14th place.

Final title contender Andrea Dovizioso, who is set to take a MotoGP sabbatical in 2021, looks all but out of the championship fight as he is set to start the Valencia GP down in 17th place. 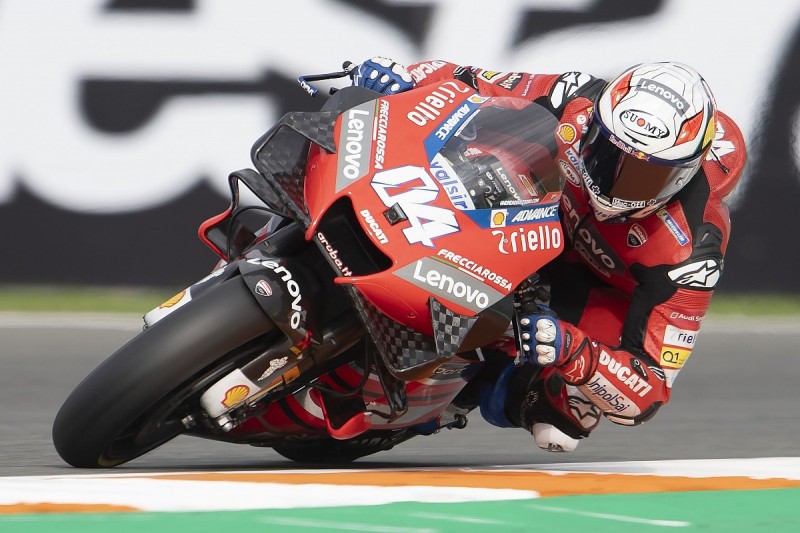 In the United Kingdom, BT Sport have exclusive live broadcasting rights, with Quest TV set to show highlights. The race will be shown live on BT Sport 2, with coverage starting at 12:30pm GMT, directly after the Moto2 race.

BT Sport will also be showing the Moto3 and Moto2 races from Valencia.

Weather forecast for the Valencia MotoGP

Current weather forecasts predict sunny and dry conditions at Valencia for the whole of race day, albeit with intermittent cloud cover, with highs of 24 degrees Celsius for the start of the MotoGP race - approximately the two degrees warmer than qualifying.