The 2022 MotoGP season is set to be the longest in the series’ history, as 21 races have been drafted into a provisional calendar.

The COVID-19 pandemic has forced MotoGP to radically alter its 2020 and 2021 schedules, with the current campaign featuring 18 races instead of the originally planned 20 – with the majority taking place in Europe.

But MotoGP has finalised a normal schedule for the 2022 campaign, which will feature a record 21 races and two new events.

The season is schedule to kick off on 6 March with the traditional opening round under the floodlights in Qatar, with the returning Indonesian Grand Prix scheduled for round two on 20 March.

MotoGP last raced in the country in 1997 at the Sentul circuit, and will stage the first ‘street’ race of the modern era at the purpose-built Mandalika venue on the island of Lombok – which will be used as public roads outside of racing activity.

The Argentine GP will return after a two-year COVID-forced hiatus on 3 April and will run back-to-back with the Grand Prix of the Americas in Texas – something that hasn’t been done since 2016 following travel chaos for much of the paddock in getting from Argentina to America.

MotoGP will touch down in Europe on 24 April for the Portuguese Grand Prix at the Algarve, followed by its regular jaunts through Jerez, Le Mans, Mugello, Barcelona, Sachsenring and Assen through May and June. 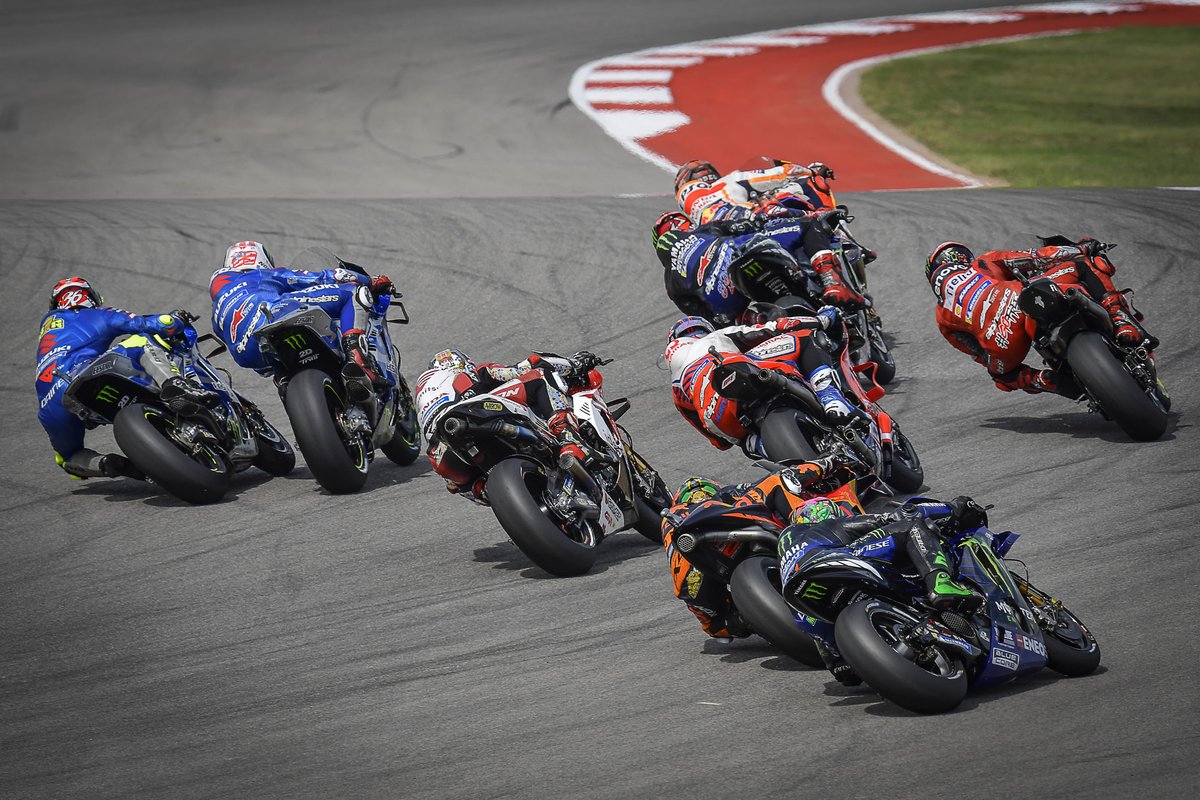 The first half of the season will be capped off by the returning Finnish GP at the new KymiRing on 10 July, which has three-times been axed from its calendar slot since 2019 owing to construction delays and the COVID pandemic.

It will mark the series' first visit to Finland since 1982.

The British GP at Silverstone will kick off the second half of the season on its new date of 7 August, with the Austrian GP now moved to 21 August at the Red Bull Ring.

MotoGP will return to Misano and Aragon in September and stage its first Japanese GP since 2019 on 25 September at Motegi, which will be paired with the Thailand GP a week later on 2 October - forming a triple-header from Aragon to Thailand.

The traditional Pacific flyaway triple-header has now been scrapped, with a week off between Thailand and Australia on 16 October, with the Malaysian GP following on 23 October.

The season will conclude on 6 November in Valencia.

Though no official announcement has been made on the new calendar, all MotoGP teams have already been informed of the new provisional schedule.

MotoGP already announced last month that its pre-season testing phase in 2022 will be confined to five days across one week from 5-13 February in Malaysia and Indonesia.