MotoGP pre-season testing ahead of the 2022 campaign continued on Sunday in Malaysia, with lap times fast and furious from the off.

During the first hour of the eight-hour session, MotoGP sophomore and double podium finisher Bastianini went top with an outright lap record of 1m58.131s, heading Saturday pacesetter Aleix Espargaro on the Aprilia by 0.026 seconds.

Bastianini’s time continued to stand as the benchmark as the day rolled on, with it thought time attacks at the end of the day would see the lap record drop into the 1m57s for the first time.

However, with around four hours to go as much of the field went for lunch, light rain appeared over the Sepang circuit – which eventually worsened to the point where most teams called it a day.

Remy Gardner (Tech3) elected against running in the wet conditions owing to pain in his recently broken wrist.

The likes of reigning world champion Fabio Quartararo on his factory Yamaha, Ducati’s Francesco Bagnaia and LCR’s Alex Marquez also ventured out for some laps on wet tyres.

Pramac’s Jorge Martin – who also completed some laps in the wet – was third-fastest behind Aleix Espargaro and Bastianini. 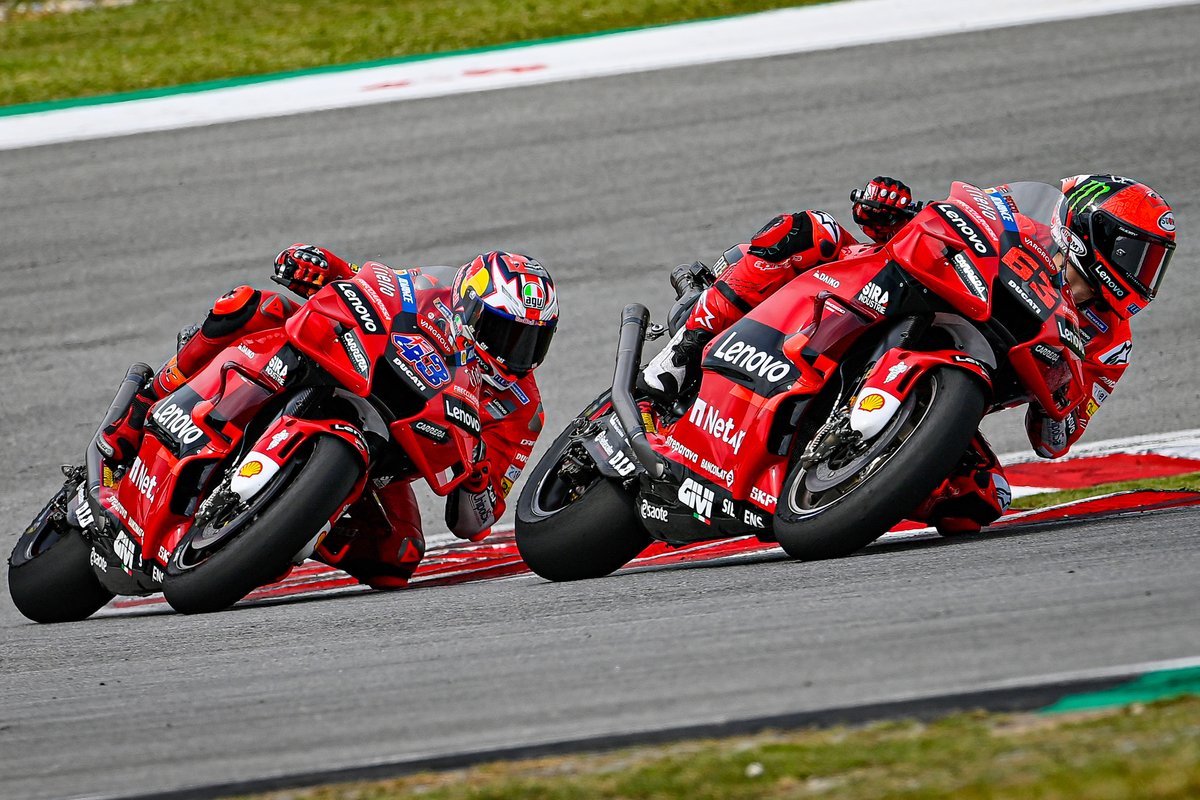 It came to light on Saturday that Ducati has been testing a new front ride height device that can be activated exiting corners along with its rear one.

Suzuki continued testing its updated engine and other general 2022 updates on Sunday, with Joan Mir – who had a crash earlier in the day - telling media that he feels “good potential” with it.

Alex Rins was fourth quickest ahead of the second Aprilia of Maverick Vinales, while Mir was 0.398s off the pace in 12th.

Francesco Bagnaia was sixth on the factory Ducati ahead of Quartararo, with Marc Marquez leading the Honda charge in eighth ahead of Pramac’s Johann Zarco and HRC team-mate Pol Espargaro.

After admitting the 2022 KTM isn’t quite ready yet on Saturday, Miguel Oliveira was once again a low-key 15th on his RC16 – albeit just 0.570s off the pace – behind Jack Miller on the other factory Ducati.

VR46 Ducati’s Bezzecchi was the leading rookie in 16th, 0.579s off the pace, despite a crash at the start of the day.

Testing resumes on 11 February with three days of running at the new Mandalika track in Indonesia.

Quartararo “not happy” with Yamaha bike after first MotoGP test