After topping fourth practice immediately before qualifying, Marquez - who leads Andrea Dovizioso by 33 points heading into this weekend - was favourite to take his eighth pole of the year at Sepang.

But the Honda rider's first hot lap ended in disaster, as he lost the front end at the final corner and fell, forcing him to wheel his stricken machine into the pits and change to his spare RC213V.

In that time, Tech3 Yamaha rider Zarco had established himself in provisional pole with a blistering time of 1m59.636s, helped by favourable track conditions, with Maverick Vinales slotting into second and Pedrosa third.

With five minutes remaining, Marquez came close to toppling Zarco on his first hot lap since his crash, but fell 0.078s short to slot into third, before heading pack to the pits for a change of rubber before his final run.

Amid a late flurry of rapid times, Marquez's factory Honda team-mate Pedrosa took pole off Zarco with a 1m59.568s, which was swiftly followed by a 1m59.498s for Valentino Rossi and a 1m59.236s for Dovizioso just as the chequered flag came out.

That looked as if it might be enough for the Ducati rider, but Zarco found another 0.007s on his very last lap to retake the top spot - before Pedrosa beat them both with a 1m59.212s to take his first pole since June's Barcelona race.

Zarco and Dovizioso complete a front row split by a scant 0.024s, with works Yamaha pair Rossi and Vinales heading up the second row. 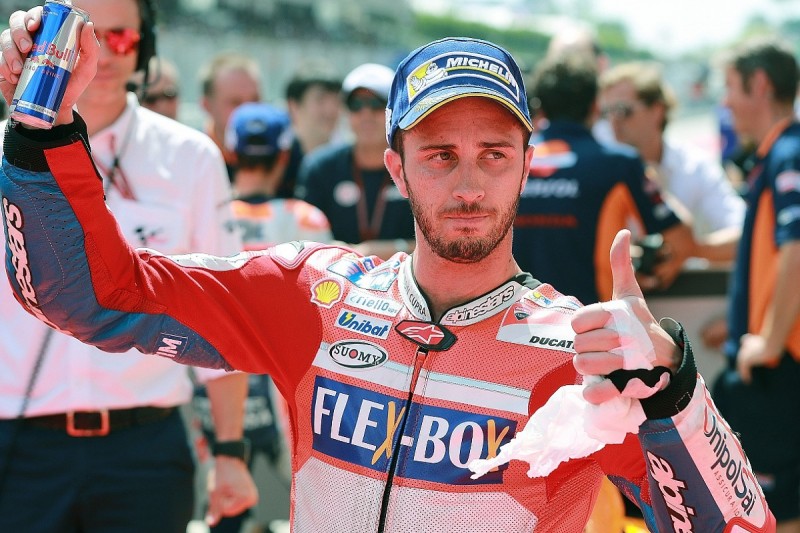 Marquez could manage no better than a 1m59.694s on his final effort, which was only enough for sixth until he was demoted a further place by the second works Ducati of Jorge Lorenzo at the finish.

Suzuki pair Alex Rins and Andrea Iannone took eighth and ninth, ahead of Cal Crutchlow, who crashed his LCR Honda for the second qualifying session in succession.

Missing out on advancing were Pramac Ducati teammates Danilo Petrucci and Scott Redding, as well as Aspar Ducati's Alvaro Bautista, who between them form the fifth row.

A late crash for Tech 3 stand-in Michael van der Mark at Turn 5 means he will start his debut MotoGP race from 22nd and last place.