MotoGP riders have offered up differing views on Australian Grand Prix qualifying being moved to Sunday morning, after high winds forced Saturday's action to be abandoned

After a high-speed crash for Tech3's Miguel Oliveira, caused by a sudden gust of wind into the first corner during FP4, a safety commission meeting was called during the red flag period.

The riders agreed to cancel the rest of Saturday on safety grounds, with qualifying now schedule for directly after Sunday morning's warm-up session.

However, Aprilia's Aleix Espargaro admits the decision to run qualifying on Sunday was not made with the riders present.

"The question of doing Q2 tomorrow was not debated, [as] it was not a safety issue," he said.

"The theme of the meeting was only for safety, not for deciding whether or not qualifying was run."

While most riders are fine with qualifying on Sunday, some have voiced concerns, including LCR stand-in Johann Zarco - who believes none of the riders will push at their maximum given the race will take place just a few hours later. 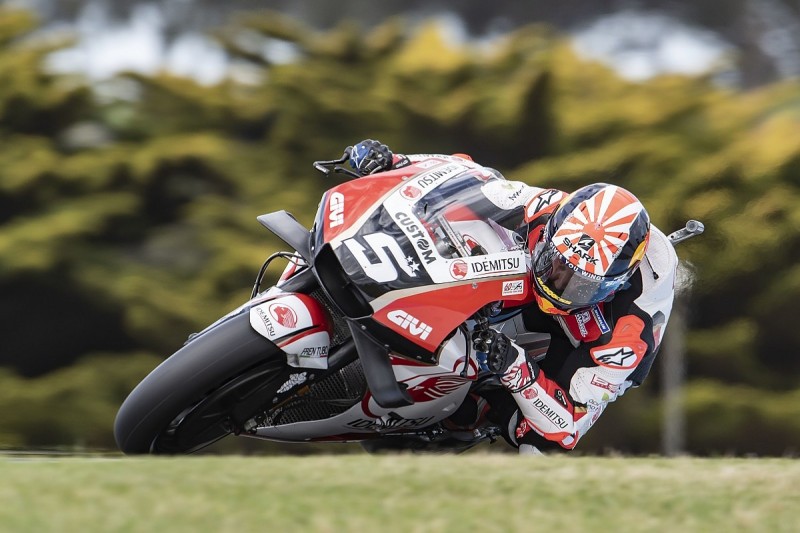 "[It's] hard, because you'll have to push a lot on Sunday morning," he noted.

"[You need] to really think we will not push as [we would on a normal] Saturday afternoon because if something happens, we have to race few hours later.

"But it is more fair. Better to do a qualifying on Sunday morning than [base the grid on] combined session [times].

"Good for some, bad for some others. It's tricky conditions, tricky decisions."

His LCR team-mate Cal Crutchlow doesn't "agree" with running qualifying on Sunday, as he is not convinced track conditions will be much safer to push on at 10am local time.

"I don't agree with qualifying tomorrow," Crutchlow added. "[My idea is] to take the FP2 times [to base the grid order].

"Obviously people will think I'm saying that because it's a benefit to me because I'm on the front row (Crutchlow was third on combined times).

"But you also have to think that the situation of going in Sunday at 10 o'clock in the morning, trying to qualify, and if the wind is still quite strong it's going to be difficult.

"But we will get to assess the track conditions before, because we will get a practice [warm-up], but I don't think it's necessary.

Crutchlow also intimated that pressure from riders out of position after FP2 was behind qualifying being moved to Sunday.

"Ah, they've [Dorna] got pressure haven't they from people who never made their time in FP2? That's what it is."