Leading MotoGP riders have called for future French Grands Prix at Le Mans to be moved to later in the year to avoid “nightmare” weather conditions.

This weekend’s French GP has been run in cold and mostly damp conditions, which have so far led to 77 crashes across all classes on Friday and Saturday.

Poleman Fabio Quartararo noted on Friday that tyre warm-up at Le Mans was “a total disaster”, with many riders agreeing with his comments.

Sunday’s warm-up sessions have been delayed by 40 minutes from their original schedule due to low temperatures, with a number of riders calling for the race weekend in future to be moved to a later date to avoid this.

Aprilia’s Aleix Espargaro was the most vocal over the safety of the event at this time of year, with the Spaniard admitting he was “very angry”. 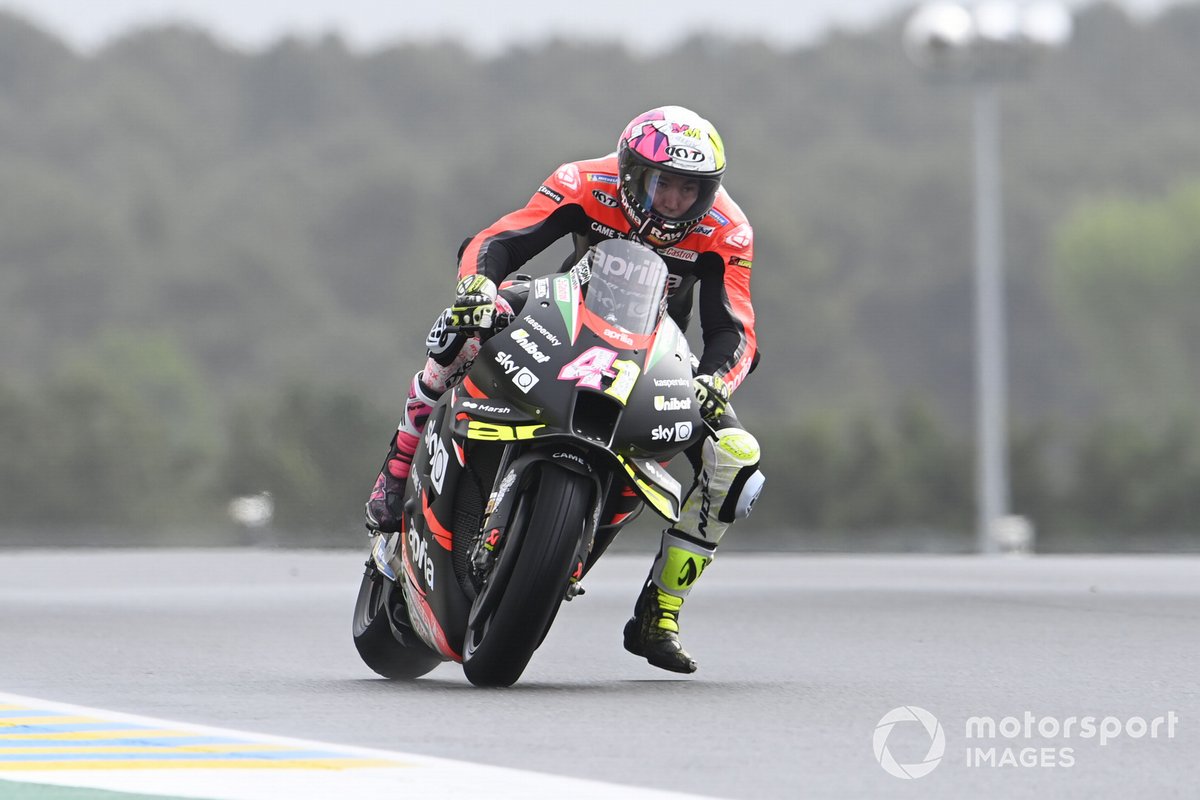 “If we talk many times about safety, we cannot come here in this time at Le Mans,” Espargaro said on Saturday.

“The tyres are not working. We saw 65, 70 crashes, one guy has been operated on already [Moto2 rider Yari Montella].

“We can’t come to Le Mans with 12 degrees on the ground because the tyres Michelin and Dunlop bring to us are not working.

“So, I don’t know if for somebody it’s funny to see us crash, but for us it’s not.

“Everybody is crashing, so are we all idiots? No we’re not, so I’m very angry.

“But not in 12 degrees. So, why we don’t change the race for a normal situation?

“If not, push the tyre manufacturers to produce special tyres for Le Mans, which I think is impossible.”

Yamaha’s Maverick Vinales echoed these sentiments, adding that a change of date over safety would create a “better show”.

“I really wish they can move the Le Mans race because it’s such a nice track, but this cold temperature makes the track like a nightmare,” Vinales noted.

“Probably in the warm-up it will be eight degrees, seven degrees. This is difficult, this is very dangerous.

“So, I hope they can move to at least enjoy the track because Le Mans is one of the most beautiful tracks, but it makes it difficult when it’s really cold.

“I think it will be better races and a better show for sure.”

Nine-time motorcycle grand prix world champion Valentino Rossi also believes a date change would be positive, but concedes it’s a decision that is out of the riders’ hands.

“Usually, when we speak with Michelin, to be safe, we need 20 degrees on the ground,” the Petronas SRT rider said.

“So it means that 15, 16 in the air, so all this weekend is too dangerous because it’s seven, eight, nine degrees and on the track it’s always less than 15.

“Another thing is the amount of rain, it’s like you are in Malaysia.

“It starts to rain and rains for five minutes but it puts 40cm or water or 20cm of water [on track] and after it stops.

“So, this combination between a lot of water and low temperature is the worst one.

“Maybe in June it’s a bit better the weather, but this is a choice that is not for us.

“Behind it there’s a lot of dynamics that I sincerely don’t know.”