Marquez only recorded one flying lap before his standard mid-session pitstop, but his time of 1m23.473s left him with a convincing lead of seven-tenths.

While subsequent improvements from the Yamahas of Valentino Rossi and Maverick Vinales as well as Dovizioso reduced that advantage to 0.340 seconds, Honda rider Marquez went a further two tenths quicker with a minute left on the clock to consolidate provisional pole.

Ducati pair Dovizioso and Lorenzo came closest to that effort but could not better Marquez's best of 1m23.235s, ending up 0.144s and 0.386s off the pace respectively.

The pole is Marquez's fifth of the 2017 season.

Vinales held on to fourth by 0.026s as Danilo Petrucci brought the third 2017-spec Pramac Ducati into the top five.

Johann Zarco, who ran off-scheduled with his qualifying runs compared to his rivals after opting to join the track later and not pit in the middle of the session, was sixth on his Tech3 Yamaha.

Rossi had to settle for seventh, followed by the Hondas of Dani Pedrosa - who had negotiated the first part of qualifying - and satellite LCR rider Cal Crutchlow. 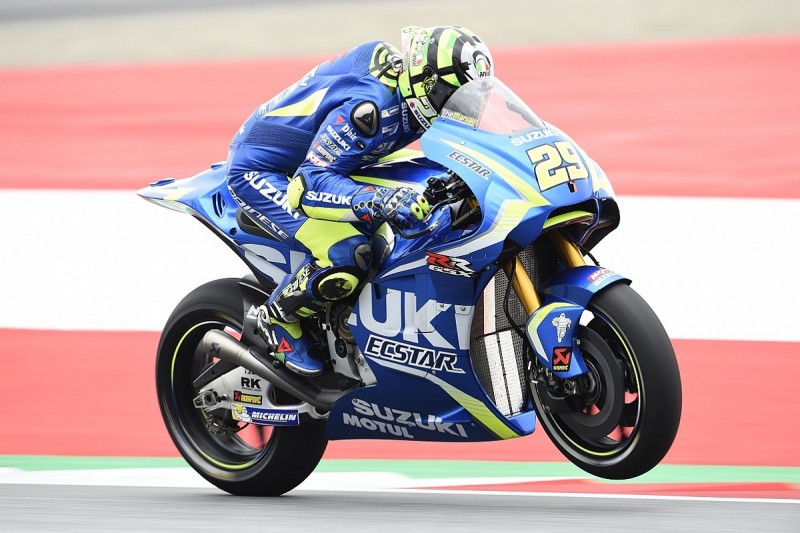 Suzuki's Andrea Iannone was 10th, 12 months after claiming pole for the 2016 race at the Red Bull Ring.

The 2015-spec Ducatis of Karel Abraham (Aspar) and Loris Baz (Avintia) took 11th and 12th respectively having both advanced directly into Q2.

Tech3's second rider Jonas Folger was the fastest of those knocked out in Q1 behind Petrucci and Pedrosa.

The German reverted to his old chassis after using a new one in last Monday's Brno test and on Friday in Austria, but his final flying lap was only good enough to edge Hector Barbera out for 13th on the grid.

Avintia Ducati's Barbera was second behind Pedrosa after the first set of flyers, but couldn't improve enough to secure a spot in Q2.