MotoGP near misses weighed heavily on Ducati before Austria win

A number of chances have passed Iannone and team-mate Andrea Dovizioso by this year, including Dovizioso's fall in the wet race at Assen and strategic error at the Sachsenring, while Iannone crashed out of the season opener at Qatar while running second to Dovizioso.

With that now in the past, Ciabatti admits Ducati is "relieved in a way".

"All of the boys at home have been working very hard to develop the bike and this year we started at a very competitive level," he told motogp.com.

"You know what happened in a few races - when you try so hard and get close to fight for the win and then you don't succeed, it starts to be quite heavy.

"Finally [on Sunday] we got it. It was a perfect weekend.

"But as we said it was not going to be easy.

"The Yamaha was very competitive, especially in the beginning of the race, but the riders were riding an incredible race and made no mistakes and finally we got first and second, which is more than we expected." 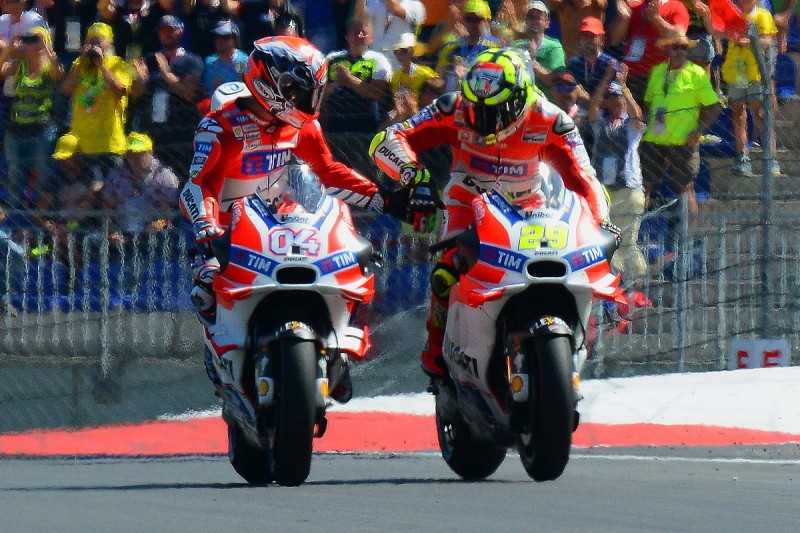 The one-two moves Iannone and Dovizioso up to sixth and seventh in the championship - both riders having failed to score in four races - and Ciabatti hopes it will provide a platform for more success between now and the end of the year.

"In a way, winning a race finally after trying so hard gives you the confidence that you are working in the right direction and that you can do it in the other eight rounds," he added.

"Obviously we will try to keep this competitiveness throughout the rest of the season.

Aprilia bosses hit out at performance of MotoGP team

Jorge Lorenzo believes MotoGP recovery was 'a question of time'