Jorge Lorenzo believes MotoGP recovery was 'a question of time'

The Yamaha rider fell from leading the championship by 10 points to being a distant second to Marc Marquez over the Barcelona, Assen and Sachsenring rounds before the summer break.

In that time, he scored seven points, his worst run across three grands prix since his rookie campaign in 2008.

The Dutch TT and German Grand Prix in particular highlighted weaknesses in wet weather and cold temperatures with the current Michelin tyres, but in warmer conditions Lorenzo bounced back with third at the Red Bull Ring on Sunday behind the Ducatis.

"Every time that I don't make good results, 'Lorenzo is in crisis'," he said.

"It happens many times. This is MotoGP, sometimes it can happen, the circumstances don't allow the best you can do.

"You have to be patient, don't get injured and wait for your moment.

"And this is what I did - working a lot, waiting for the circumstances to get normal and I demonstrated again that I could fight for the win and be competitive." 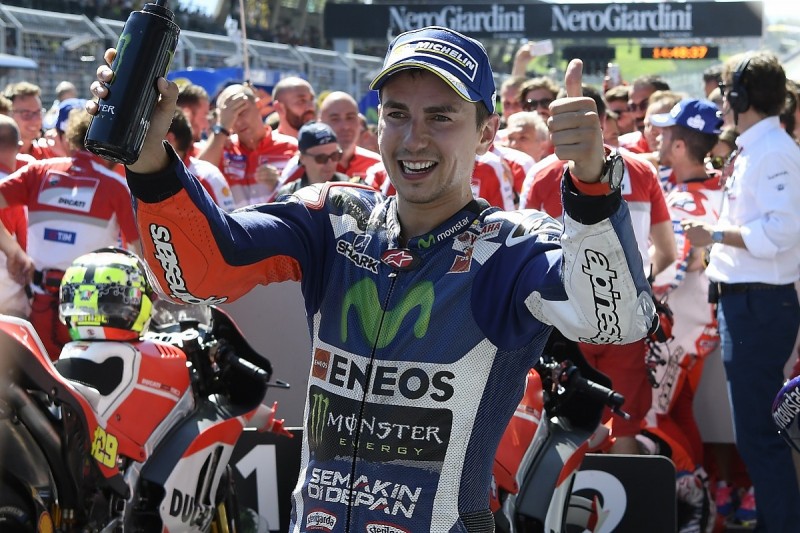 While Lorenzo headed into the summer break talking about needing to regain his confidence after finishing a distant 15th in the wet-dry Sachsenring race, he added he always felt time was the key.

With third at the Red Bull Ring and Marquez finishing fifth, Lorenzo took five points out of his fellow Spaniard's advantage, which is back to 43 points with eight races to go.

"I always believed in myself," he said.

"I knew many times I had difficult moments in my career but I always came back even stronger.

"I knew it was a question of time to do it. I just had to keep working, don't get down.

"It's difficult, it's easy to get frustrated and believe less in yourself but I kept doing it because I knew I could do it because of the past. And that's what I did."

MotoGP near misses weighed heavily on Ducati before Austria win