Aleix Espargaro believes MotoGP came close to having a tragedy in practice at Mugello, as he reiterated calls for the "crazy" Turn 1 wall to be modified after Michele Pirro's huge crash

Ducati test rider Pirro survived a massive accident after losing control at the end of the straight, where MotoGP bikes reach top speeds of 360km/h.

The Italian lost consciousness in the crash, but was later reported to be speaking before being airlifted to a nearby hospital for further checks.

Aprilia rider Espargaro said the accident could have been much worse had Pirro hit the wall to the left of Turn 1, which the Spaniard said riders have often asked to be modified.

"Not because we are at Mugello, not because Michele crashed. What we insisted more on was the corner where we sadly lost Luis [Salom, at Barcelona] and on Turn 1 at Mugello, and I think Turn 1 or 3 in Austria.

"These are the three points the safety commission has been tougher on during the past years.

"We've been told it's almost impossible do it here at Mugello. 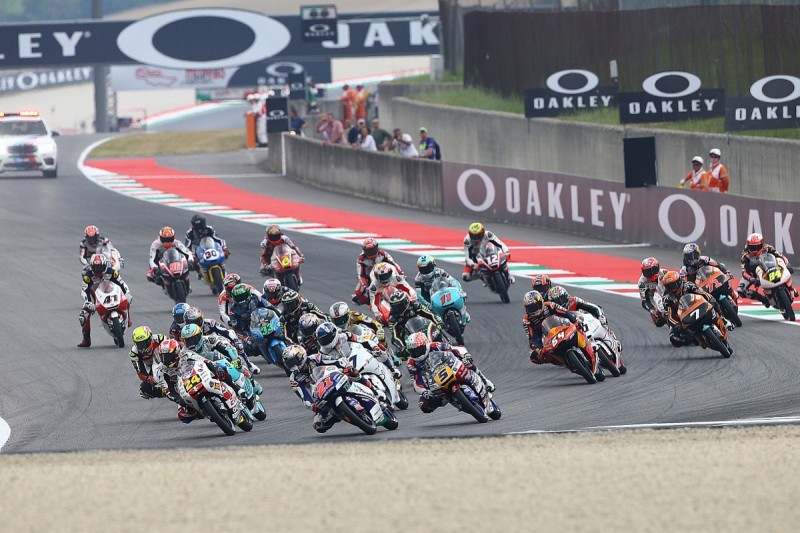 "Today had nothing to do with the wall, but it was very close. If Michele would have hit the wall...

"It was a case of one metre. Had he been one metre to the left, today we would have had a major tragedy.

"If it was a normal corner it would be dangerous because it's close, but we are doing 360km/h, so it's fucking crazy. We have to try to improve that.

"Maybe it's just a warning because he didn't hit the wall, thank God, but there's very little room and you arrive at very high speed, almost surreal, at nearly 360km/h.

"I'm still shaken after seeing Michele and I hope he's OK and that it's nothing serious."

Yamaha rider Maverick Vinales admitted he did not expect Pirro to walk away from the crash after seeing the replay, and conceded the Italian was lucky to escape major injuries.

He said: "I didn't want to see the crash, but as soon as I was going to the bike, I saw the crash - and was amazing, it was unreal.

"When I saw it, I said I didn't believe Pirro was OK, because it was actually incredible.

"I think a lot of luck today and all riders are very happy that Pirro is OK."

Iannone says MotoGP split with Suzuki is unfortunate for both sides