Suzuki’s Joan Mir says “ambition” denied him a podium in the Qatar Grand Prix to kick off his MotoGP title defence, after being pipped on the line by two Ducatis.

Mir endured a tough weekend up to the race as the feeling he had on the GSX-RR last year had disappeared, saying he was "missing a lot" in qualifying.

But the Suzuki rider was able to make a breakthrough with set-up ahead of the race and ghosted his way from 10th on the grid to second on the final lap – although was out-dragged by Pramac’s Johann Zarco and the works Ducati of Francesco Bagnaia on the run to the chequered flag after running wide out of the final corner.

Mir says he would have preferred not to have overtaken Zarco at Turn 15, in order to have a tow on the pit straight to defend against Bagnaia, but felt he had to “risk” it because it was the first race of the season.

Calling it "a positive race for me", Mir said: “I get the feelings back a bit late, but finally we got it, so it’s the most important thing of this race.

“I tried to make the race from less and at the end to push hard because I know here the tyre drop is quite big and I tried to manage as much as I could. It was positive overall, I’m happy and now we have another chance.

“The ideal [plan] would have been not to overtake Zarco, to keep third and look for his slipstream to protect me from Pecco [Bagnaia]. But it is the first race and you have to take risks. Out of ambition, I was left without the podium.”

When asked by Autosport if his line at the last corner had been a mistake, Mir explained that he took a wider approach in the expectation that it would help him carry more speed onto the straight – but on this occasion it wasn’t enough to stop the two “angry” Ducatis.

“Well, the best ideal thing was to don’t try and overtake Zarco and to have a slipstream on the straight and try to defend third position," he said. 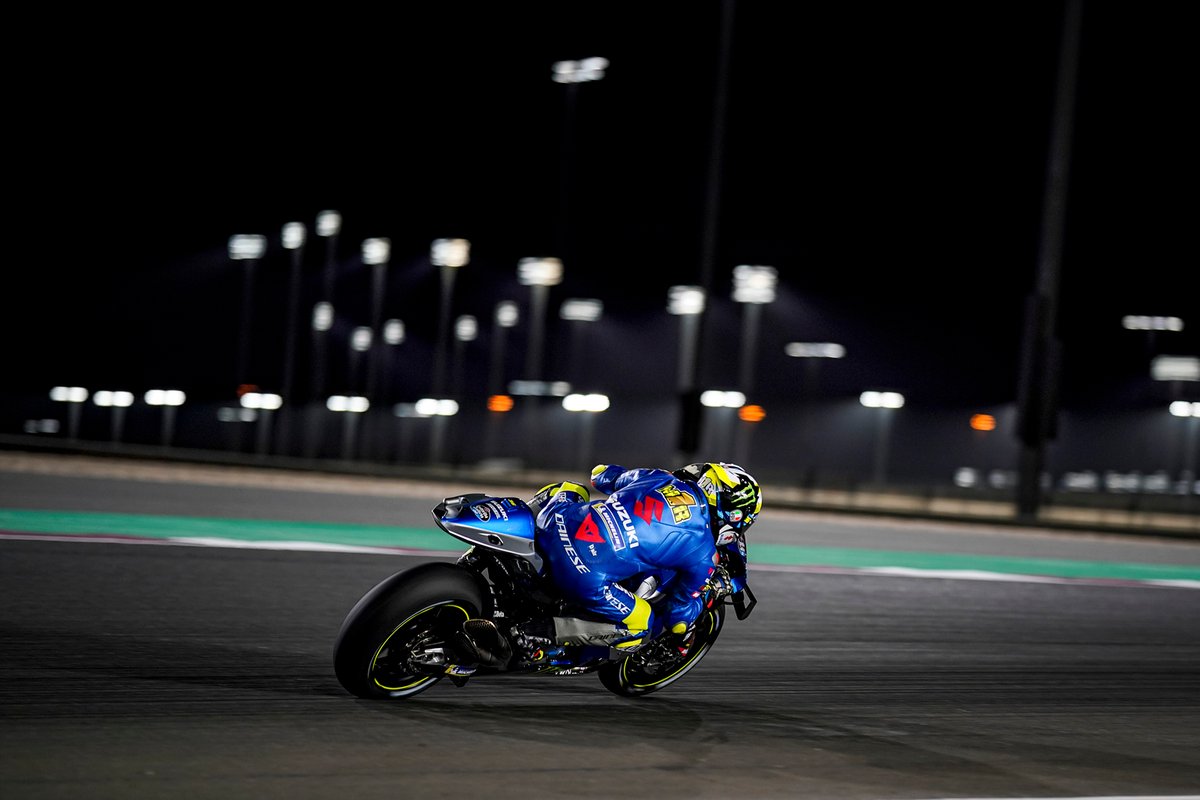 “I overtook Zarco in the last sector and I said ‘well, if I finish second it will be great’, but I know I had two angry Ducatis behind me and it will be hard. I saw the finish line really close and the both rockets overtake me, so it was a bit frustrating but I gave 100%.

“It’s true that I went a bit wide, but normally if you go wide and nobody overtakes you then you can get more speed at the end because you stop the bike and you come back with more speed. It was not enough, so our bike worked so well.”

Team-mate Alex Rins forgot to engage his Suzuki’s launch control at the start, which left him with ground to recover in the early laps.

Doing so “destroyed” his tyres and resigned him to sixth at the chequered flag.