Like the majority of riders on the MotoGP grid, Marquez is out of contract at the end of the 2018 season and has been the subject of speculation over his future.

Maverick Vinales was the first of the factory riders to announce his 2019 plans last month, when he signed a new two-year deal to remain at Yamaha.

Speaking after the opening winter test at Sepang, Marquez said extension talks with Honda had started.

"It seems that every year renewals go faster," said Marquez.

"I've started to talk to Honda, to discuss some things, but I'm not in a rush.

"My priority was to start the pre-season, to feel comfortable with the bike, to see the improvements and to confirm that the team had responded to my requests.

"I'm always focused on the same thing: I want to feel comfortable and see that Honda keeps working."

He added: "You switch teams when you normally need external motivation, to feel better or to achieve better results.

"On my own, I don't have a lack of motivation and the results are coming, so that means I don't need to change.

"At the moment, I've only spoken to Honda. I've always said that Honda will have priority in everything because that is what my body and my heart say." 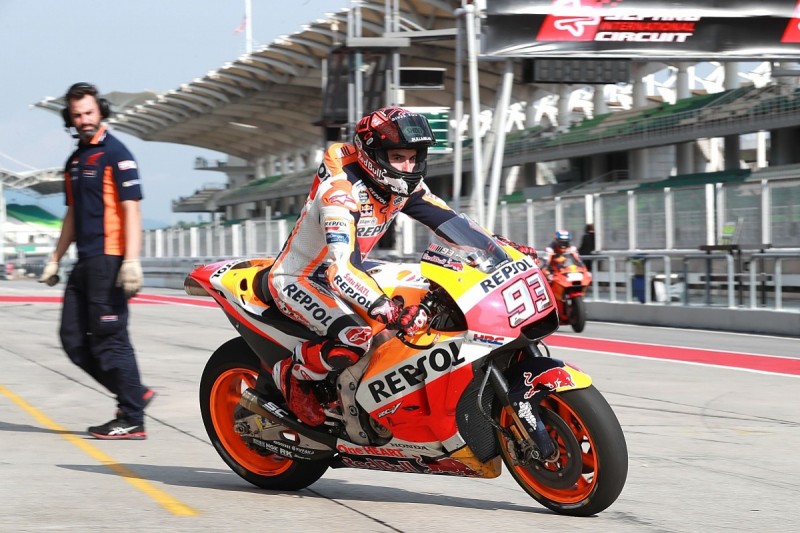 Marquez was seventh-fastest on the final day of Sepang testing last month, half a second slower than Ducati pacesetter Jorge Lorenzo.

Assessing the first test of 2018, Marquez said: "Considering the last few winters, this is the best bike I've had [in testing].

"We've started from a quite good base - [in 2016] we arrived at the first test and on the straights I had problems with the bike.

"This time, on the first laps with the new bike, things already went pretty well; everything came easily and I could try new parts. We've started better.

"We've improved in terms of power, we've got more top speed, but now it's time to focus on improving the smoothness when opening the gas.

"The engine is still too aggressive."

Ducati: Petrucci should be 'smart' and find 2019 factory ride elsewhere