After an encouraging first two days of Sepang testing, both Rossi and Vinales struggled for pace on the final day, ending up eighth and 18th respectively as they struggled with a lack of rear traction.

Rossi was perplexed and called on Yamaha to identify the problem while Vinales went as far as halting his race simulation because his times were "not what they should be".

While Vinales, preparing for his fifth season in the premier class, won three races last season and led Yamaha's title challenge, Meregalli said the manufacturer would still look primarily to veteran Rossi when it came to development.

"Vale's assessment has more importance than Maverick's one and this is normal," Meregalli told Autosport.

"Rossi is 39 and Vinales is 23. Maverick has to learn from that and take benefit.

"It is also true that each rider has a particular riding style and needs some specific things, but our bike can only be ridden in a single way and if the base is good, both will be happy." 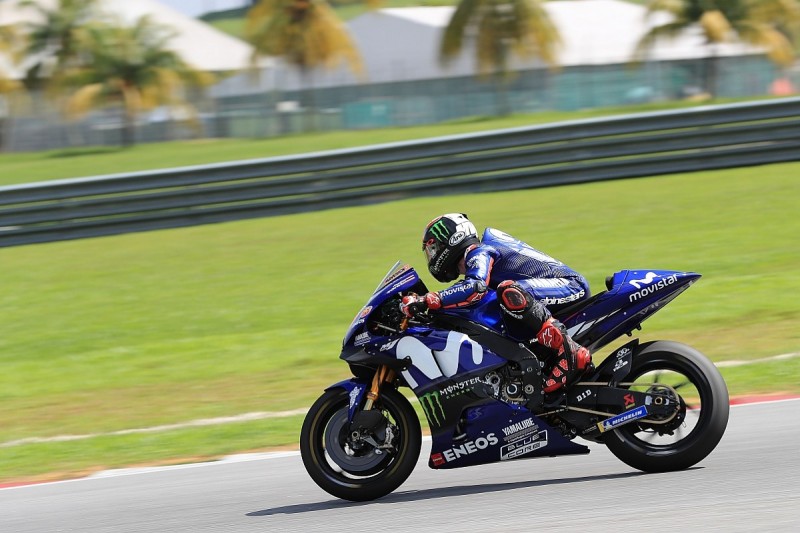 Vinales has signed a fresh two-year deal that will keep him at Yamaha until the end of 2020, while Rossi is expected to confirm a one-year extension in the coming weeks.

Rossi said after the Sepang test that Yamaha was "a little bit worried" by its final-day slump.

He also contradicted Vinales' struggles with consistency, saying it was an improvement from 2017.

"The bigger improvement is my feeling with the bike, because I am good to ride, I feel comfortable, and also the pace," he said.

"Compared to last year I improve a lot because last year I suffered [from] the degradation of the tyre more."

While he suggested both riders played a part in that decline, he also described Rossi as "one of the best options to have in a factory team".