Early morning rain left the Red Bull Ring, which has been revamped for 2022, damp with forecasts remaining sketchy for the entire weekend.

Following the horrific accident involving Johann Zarco and Franco Morbidelli in the 2020 Austrian GP, a new chicane at Turn 2 has been added to the Red Bull Ring to slow down the riders through that section of the circuit.

In the early stages of the damp FP1, numerous riders ran through the chicane as they got to grips with their braking points for the new section.

For much of the session lap times were set on wet tyres, with a number of riders taking turns leading the timings.

With 15 minutes of the 45-minute session remaining, the fastest wet lap was Johann Zarco’s with a 1m36.916s as the Pramac rider’s Ducati counterpart Marco Bezzecchi on the VR46 GP21 took to the track on slicks.

KTM’s Miguel Oliveira took over from Zarco five minutes later with a 1m36.5s on slicks before Ducati’s Jack Miller went top with a 1m36.236s. 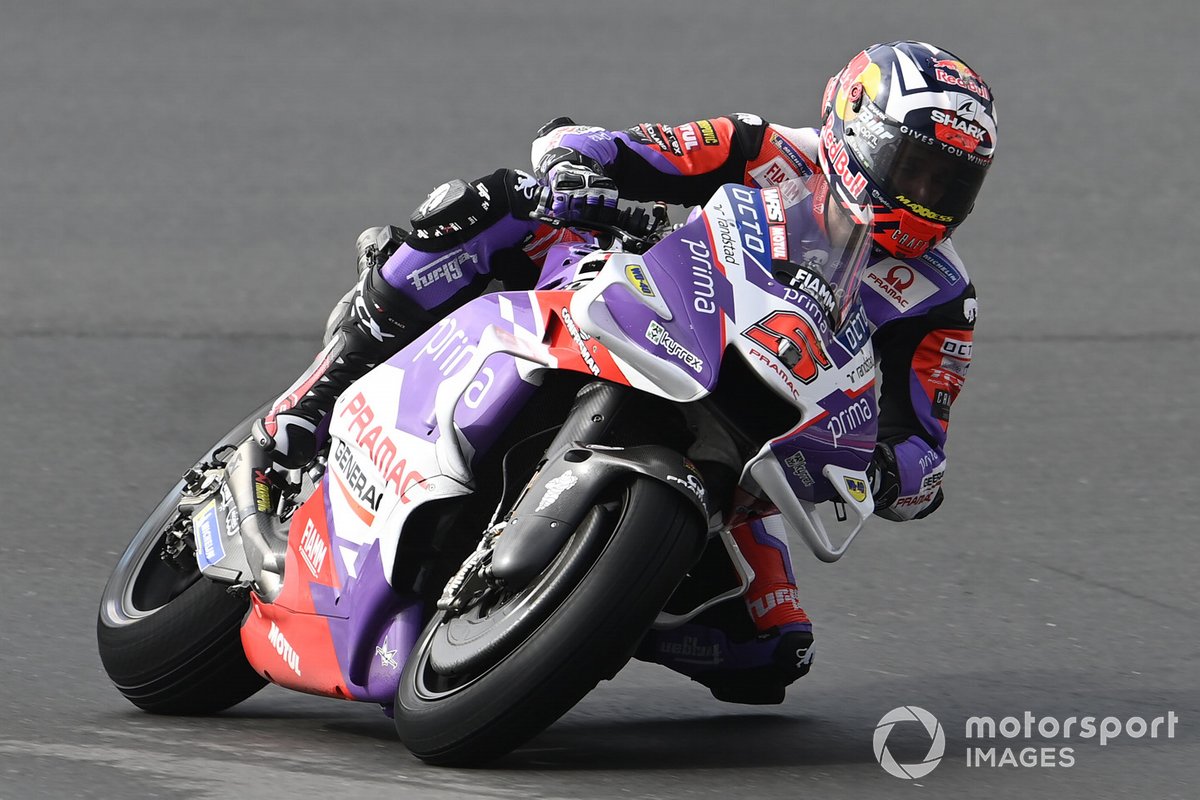 Bezzecchi dipped under the 1m36s with a 1m35.922s seconds later, with that trio of Bezzecchi, Oliveira and Miller trading top spot again over the next few minutes.

Miller, famed for his speed in drying conditions, moved the goalposts significantly over the closing stages as he dropped his pace to a 1m31.586s, before improving to a 1m31.139s on his following lap.

The Australian strengthened his position at the top of the timesheets with a 1m30.756s on his final lap to end FP1 0.618 seconds clear of the field.

Pramac’s Zarco was his nearest challenger in second ahead of the Suzuki of Joan Mir, who said on Thursday at the Red Bull Ring that he was “very close” to securing his 2023 MotoGP deal with Honda.

Jorge Martin – last year’s Styrian GP winner – was fourth on the sister Pramac Ducati ahead of championship leader Fabio Quartararo on the Yamaha. 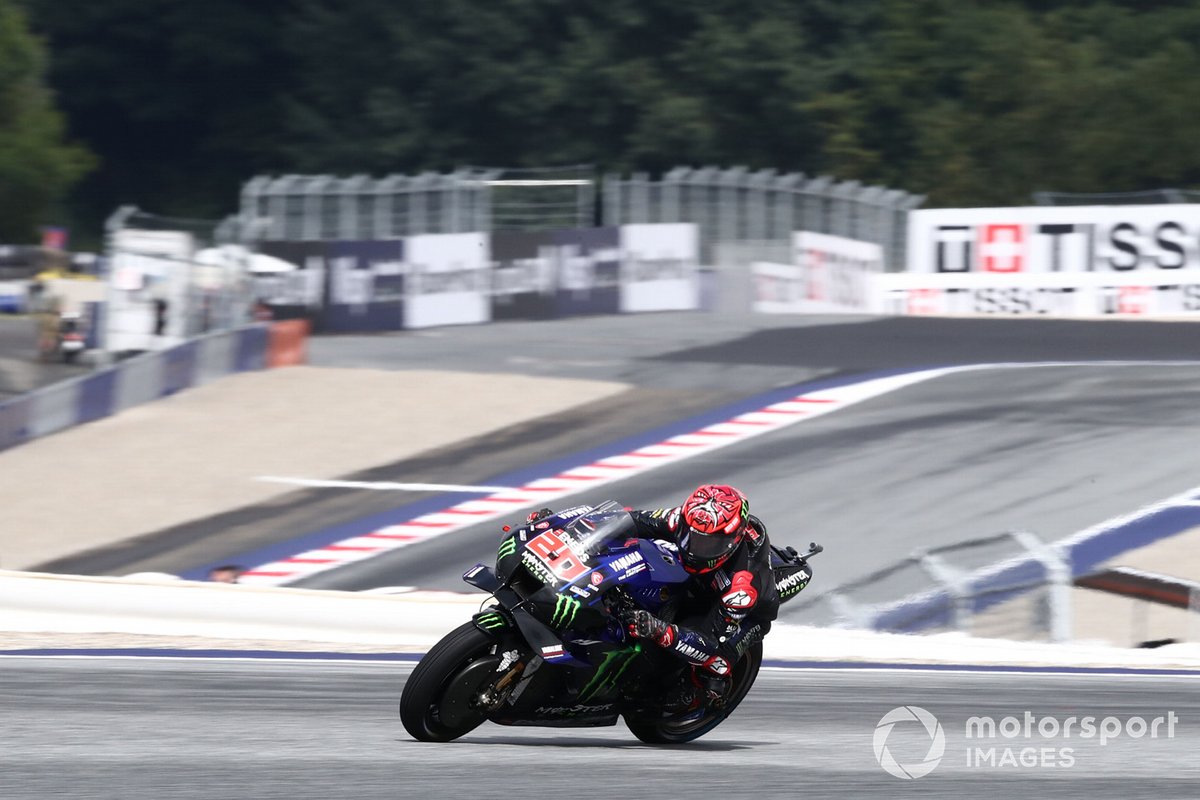 Maverick Vinales was 0.067s outside of the top 10 in 11th on the leading Aprilia, as team-mate Aleix Espargaro was a low-key 17th behind Ducati’s Francesco Bagnaia.

Bezzecchi faded to 12th after his early stint at the top of the timesheets ahead of KTM’s Miguel Oliveira.

Despite the conditions, only Tech3 KTM rookie Remy Gardner crashed in FP1 – the Australian coming off his RC16 unhurt at Turn 4.