After waiting almost four months for MotoGP racing to return, the action comes thick and fast with the Andalusia Grand Prix. Here's how and when you can watch the race

The Petronas SRT Yamaha rider has continued his fine start to the season with pole position for the Andalusia GP, the second part of the Jerez double-header, as Maverick Vinales pushed him close but ultimately lost out after exceeding track limits during his final qualifying lap.

Marquez attempted a brave comeback following Tuesday's surgery on his broken right arm and despite completing laps in FP3 and FP4 he opted to withdraw from the weekend after completing just an out-lap in Q1 of qualifying.

Fellow walking wounded Cal Crutchlow and Alex Rins were both able to qualify for the Andalusia GP having missed the 2020 opener last weekend through respective injuries. Crutchlow lines up in 13th place for LCR Honda while Suzuki's Rins will start from 20th place.

Valentino Rossi also showed encouraging improvements on the factory Yamaha by taking fourth place in qualifying, just ahead of Miguel Oliveira who stunned for Tech3 KTM to take his best qualifying result of his premier class career with fifth place.

Jerez completes its behind closed doors double-header today to kickstart the 2020 MotoGP campaign, with Moto2, Moto3 and MotoE also in action. 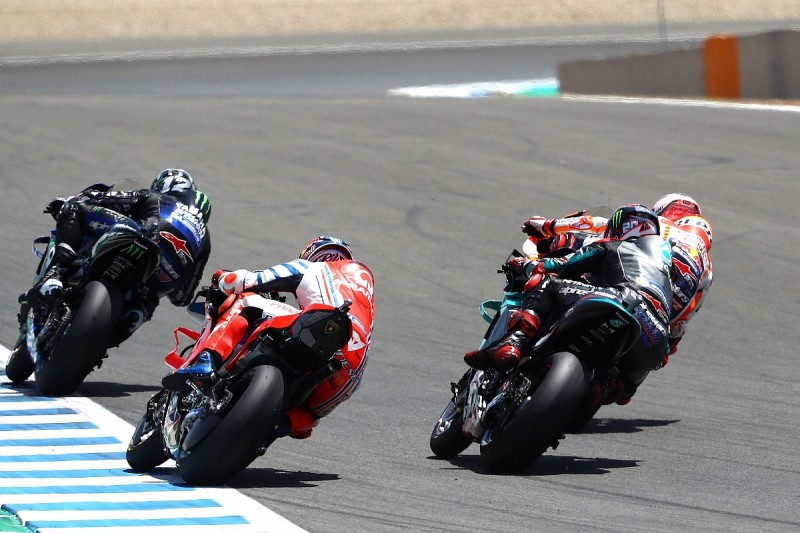 When is the MotoGP Andalusia Grand Prix?

How can I watch the Andalusia MotoGP?

BT Sport will also be showing the MotoE, Moto3 and Moto2 races from Jerez before the Andalusia MotoGP.

What is the Andalusia Grand Prix?

After the traditional Spanish GP acted as the MotoGP opener, the Andalusia GP hosts round two - named after the region Jerez is based in.

Weather forecast for the Andalusia MotoGP

Current weather forecasts predict hot and sunny weather at Jerez on race day, with a high of 36 degrees Celsius for the start of the MotoGP race.