Ducati rider Dovizioso produced a scorching 1m44.590s lap in the dying moments of the 15-minute Q2 session to secure his second pole of 2018 campaign, giving himself the best possible chance of delaying Marquez's crowning as champion.

Marquez, whose points lead stands at 77, cannot secure the title at Motegi if he is outscored by Dovizioso.

The opening runs were led by LCR Honda's Cal Crutchlow, who became the first man of the weekend to breach the 1m45s barrier with his lap of 1m44.909s.

That was shaded by Marquez by a tenth when the second runs commenced, the Spaniard reduced to just one bike for qualifying after damaging his first machine in an FP4 crash.

But Marquez was immediately beaten not only by Crutchlow on the Briton's next attempt, but also Pramac Ducati's Jack Miller, who briefly took the top spot before Dovizioso demoted the Australian to second with a time 0.069 seconds faster.

Johann Zarco set three fastest sectors of all on his final effort aboard his Tech3 Yamaha, but lost out in the final sector and had to settle for second, edging out Miller by a single thousandth of a second. 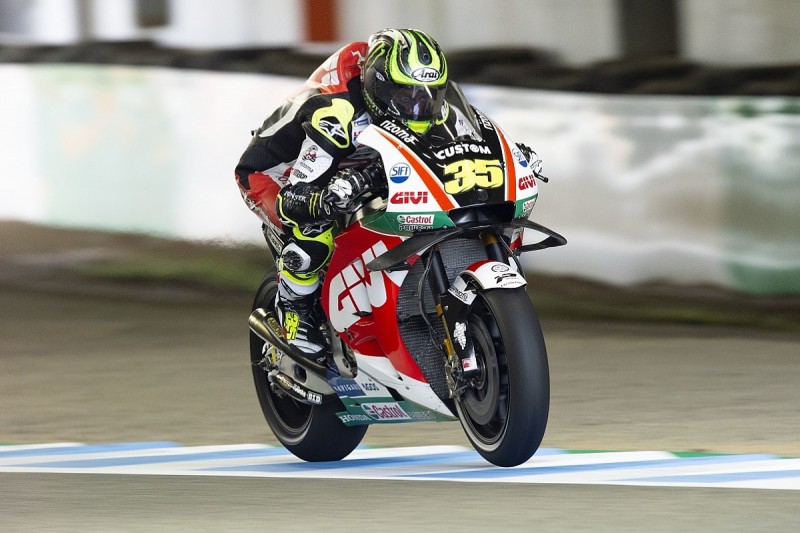 Crutchlow was shuffled down to fourth, while Marquez lost a further spot when Suzuki's Andrea Iannone went fifth fastest.

Maverick Vinales was the best of the factory Yamahas in seventh, more than half a second off pole, followed by the second Suzuki of Alex Rins and Valentino Rossi, who was a little over a tenth down on team-mate Vinales.

Bautista topped the opening segment of qualifying by two tenths from Nakagami, who had led after the opening runs and was denied the top spot only once the chequered flag had fallen.

The last-minute improvement bumped KTM rider Bradley Smith out of the top two, meaning the Briton starts 13th on Sunday ahead of team-mate Pol Espargaro.

Danilo Petrucci's bad weekend continued as the Italian could only muster the fifth-fastest Q1 time, consigning himself to 15th on the grid after a crash in FP3 denied him a chance of making it into Q2 directly.

But compatriot Franco Morbidelli suffered an even more torrid session as he suffered a spectacular crash at Turn 12 in the closing stages of the session, not long after he had jumped up to second.

The Marc VDS Honda rider, who walked away seemingly uninjured, was shuffled down to 17th on the grid behind the Tech3 Yamaha of Hafizh Syahrin.

Aleix Espargaro was the best of the Aprilias in 19th, followed by Yamaha wildcard Katsuyuki Nakasuga in 20th.

Motegi MotoGP: Andrea Dovizioso back on top for Ducati in practice